Japan will serve him well 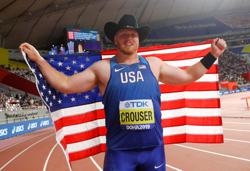 Out to rise to the occasion: Malaysia’s Cheah Liek Hou is seeking more glory in the Land of the Rising Sun, a place he considers his happy hunting ground.

The 32-year-old just loves everything the country has to offer – amazing food, rich culture and world-class public facilities just to name a few – and not to mention, it’s his happy hunting ground.

Liek Hou, who competes is the SU5 category (upper body impairment), has won three titles from the Japan Para-Badminton International.

He clinched a double in 2017, triumphing in both singles and doubles with Hairol Fozi Saaba, and repeated his singles victory last year after skipping the 2018 tournament.

Liek Hou will be hoping to translate his fine record to make his dreams come true as he seeks a double joy in Japan next year.

Liek Hou will be aiming for more than just a gold medal at the Tokyo Paralympics (Aug 24-Sept 5). He is also bent on reclaiming the world title he lost in Basel, Switzerland, last year.

And Liek Hou is pumped up after hearing the news.

“It’s great news. I love Japan so much. It’s a nice place to visit as the people are friendly, there are tip-top facilities and the food is perfect!” said Liek Hou, who is an 11-time world champion including five in the doubles.

“Career-wise, I have had a couple of fond memories winning a few titles there. It has been a lucky place for me I must say and let’s hope it continues.

“I need more luck than ever because I’ll be chasing bigger goals – to become Paralympics and world champion, in the same year.

“I’ve won many world titles previously but it still means so much and I want to extend it.”

The dates for the World Championships have yet to be finalised but Liek Hou hopes that the two major meets will not be held too far apart.

“Ideally, it would be good to have the world meet before the Paralympics as it can be a perfect warm-up, ” explained Liek Hou.

“But whichever comes first is fine as long as the dates won’t be too far apart so that players can keep up with the form and conditionings.

“I personally hope it would be between one to three months.” 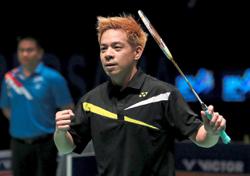