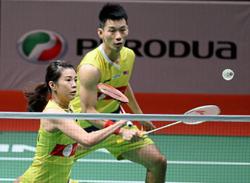 Trying to catch up: Chan Peng Soon (right) and Goh Liu Ying are currently 18th in the points standings

And what better place for Peng Soon to do it than his favourite hunting ground – Thailand.

The field for the Tour Finals (Bangkok, Jan 27-31 next year) will be finalised after the completion of two remaining tournaments in the revised calendar – Yonex Thailand Open (Jan 12-17) and Toyota Thailand Open (Jan 19-24) – which make up the three-event series in Asia.

Several memorable past outings in Thailand have given the impetus for Peng Soon and Liu Ying to achieve their goal. The duo have done well at the Thailand Masters in the last four years, winning the championships twice in 2018 and 2019. They were also the finalists in 2016.

In fact, Thailand already has a special place in Peng Soon’s heart way back in 2009 when Peng Soon finished runners-up at the Thailand Grand Prix Gold (equivalent to current Thailand Masters) with Lim Khim Wah in the men’s doubles.

In the same tournament, he also made the last four with Liu Ying to mark the pair’s best achievement in the early stage of their partnership.

“Thailand is indeed my favourite hunting ground, I love going there to compete and I have many fond memories there,” said Peng Soon.

“Let’s hope it continues to be a lucky place for me!”

To make the cut for the Finals, the duo must reach at least the semi-finals in the two preceding events before the Finals.

“Position wise, we may be 10 rungs away (from the top eight cut). But we still stand a chance mathematically,” said Peng Soon.

“The two Thailand Opens are top-tier events with another maximum 24,000 points still up for grabs.

“We will have to try reach the last four in both stops. If we manage to do that, then I think we’d probably have a chance of sneaking in.” 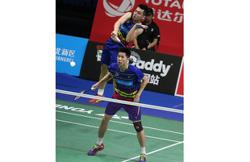