PETALING JAYA: The Thomas and Uber Cup have been called off for 2020.

After weeks of speculation, the Badminton World Federation (BWF) has finally decided not to hold the two tournaments in Aarhus, Denmark from Oct 3-11 and are postponing them to 2021, with the dates to be decided in the near future.

The BWF have also called off the Denmark Masters, which is supposed to be held in Odense from Oct 20-25 as the second European leg of the rescheduled World Tour.

The only tournament retained from the earlier three-tournament schedule is the Denmark Open in Odense from Oct 13-18.

In a press release issued on Tuesday (Sept 15), the governing body said the decision came following the withdrawal of five participating nations, including heavyweights Indonesia and South Korea.

The other three teams were Taiwan, Thailand and Australia, and the teams did not only decide against sending their shuttlers to the Finals, but also the two Open meets.

"The BWF, in full consultation and agreement with local host Badminton Denmark, has made the tough decision to postpone the TOTAL BWF Thomas and Uber Cup Finals 2020 in Aarhus, Denmark," said BWF.

"BWF, in collaboration with Badminton Denmark, has for many months been preparing for a safe return to international badminton.

"This includes going to extreme lengths to preserve the health and safety of all participants such as implementing a bubble system to create a safe badminton ecosystem.

"However, in view of the recent Covid-19-related developments around the world, a number of teams and individual players have elected not to travel to Denmark for tournaments in Aarhus and Odense — a choice the BWF has to respect and acknowledge.

"These are exceptional circumstances we find ourselves in and while a return to international badminton remains a priority for the BWF, the health and safety of the entire badminton community is of utmost importance," it said. 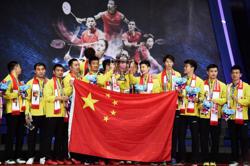 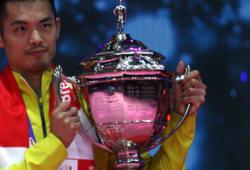 Thomas and Uber Cup get green light to resume in October