Daren hopes equal attention is given to back-up shuttlers 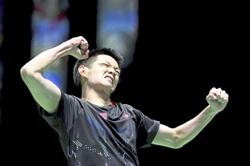 Fizzled out: Most of Daren’s teammates in the back-up squad failed to make the grade at the senior level.

PETALING JAYA: Mistakes are not a problem. Not learning from them is.And independent shuttler Liew Daren is hoping that the Badminton Association of Malaysia (BAM) will give their back-up men’s singles players, currently competing in Division Two of the Invitational Championships, equal attention and opportunity.

Daren recalls his junior days with BAM when he was in the 2006 Project Squad. Helmed by Rashid Sidek, the target for the 14-member team was to win medals at the 2012 London Olympic Games.

They all had high hopes and were eager to prove themselves but sadly the programme fizzled out.

Daren, Wei Feng and probably Chun Seang to a certain extent before he was banned for match-fixing, did well but the others failed to make the grade.

And for almost a decade, Malaysia has been depending on these usual suspects and the now retired Lee Chong Wei to win honours for the country.

The 32-year-old Daren is hopeful Malaysia would churn out more good players from the current batch.

“When I joined the Project squad at 18, we had a good pool of players but some did not last,” said Daren.

“The problem is that attention were given to a select few and some players ended up as sparring players.

“There were also not many tournaments then. There was a quota system in place, probably because of budget constraints and not all got to go for events.

“I hope that equal focus will be given to all back-up players as we’ll never know who can make it. Some youngsters take time to mature in the game. We can’t just depend on one player at the top level.”

The 2018 World Championships bronze medallist said there is quality in the current batch after having trained with them at the Academy Badminton Malaysia since last month.

“They have the potential and I’m happy to see equal attention given to them so far under the leadership of Wong Choong Hann (BAM’s coaching director). Hopefully, this continues as this is the way to go,” added Daren.

Daren and the other independents were invited to join the BAM players as part of the team’s preparation for the Thomas Cup Finals in Aarhus, Denmark, from Oct 3-11. 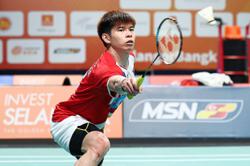 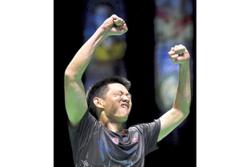