Hot affair ahead in Suzhou

Not significant: Big players like Kento Momota (left) and Chen Long have skipped the Asia Mixed Team event in the past.

PETALING JAYA: Next year’s Asia Mixed Team Championship is set to be an explosive affair as the contestants fight it out for places in the Sudirman Cup Finals.

The biennial team competition, also known as Tong Yun Kai Cup, will see the top four sides earning tickets for the world team Finals, in Suzhou, China from May 23-30.

The host nation for Tong Yun Kai Cup has yet to be finalised but it is likely to take place in the third week of February, the same time as the other team continental championships.

The Sudirman Cup will no longer be an open event from next year, with only 16 teams getting to compete in the prestigious mixed team tournament.

The tournament field will be made up by the title holder, host, semi-finalists from Asia and Europe and the winners of Africa, Oceania and Pan-Am team championships.

As in the all-men Thomas and all-women Uber Cup, those who fail to make it through the continental meets can still qualify by virtue of being the next three highest-ranked teams in the world rankings.

Badminton Asia event committee chairman Bambang Roedyanto believes a fiercer battle is on the cards with teams expected to field their best line-ups.

“With four Sudirman Cup spots on offer, there is so much to play for and we can expect all teams to fight hard. As for the host, we will be able to confirm by next month.”

The previous two Asia Mixed Team Championship editions had been rather tame affairs with most nations fielding second stringers.

The inaugural meet in 2017 was won by Japan, who bear South Korea 3-0, while last year’s tournament in Hong Kong was won by China, who dethroned Japan 3-2.

Although it was to be the continental flagship meet, the likes of world No. 1 Kento Momota and reigning Olympic champion Chen Long played no part for the finalists.

Malaysia, too, sent a back-up squad that lost 3-2 to China in the quarter-finals. Malaysia were also losing quarter-finalists in the maiden edition three years ago. 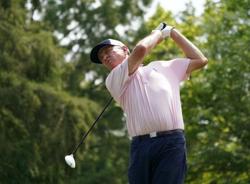