Hafiz wants Misbun legacy to go on with right mindset

Misbun was firm, tolerated no nonsense and demanded a high level of discipline.

Now, Hafiz is working as a coach under Misbun’s leadership in the national junior squad and he is finding much of that discipline missing.

The 32-year-old Hafiz wants to carry on Misbun’s legacy but says it will be tough unless the junior players change their mindset.

“Misbun took charge of the junior programme in February. Every player gives 110% when Misbun is coaching them, ” said Hafiz, who has been with BAM as a coach since 2018.

“But when I or the other coaches train them, we only get 70% commitment from them, ” he lamented.

“They have heard of Misbun. They know how he had coached me, my brother Roslin and Lee Chong Wei. Misbun is experienced and has this aura about him. Naturally, the juniors are fearful of him. They show respect and push hard in training, which is good to see.”

However, he said that it was a different story when it came to other coaches.

“They try to con their way out of tough training and sometimes, we do not see the same eagerness. They are late and do not show the same urgency. The juniors are also distracted now and are more focused on their gadgets.

“We have 70 juniors and Misbun cannot coach all of them. I hope the juniors will give their best under whichever coaches they are placed under.”

Hafiz pointed out that when Misbun coached him during his junior days, his mentor played a key role as a guide.

“Misbun laid down the rules clearly. He told me, Roslin and Chong Wei that he was willing to go the extra mile for us but it all depended on us – whether or not we wanted to follow his training programme wholeheartedly, ” said Hafiz.

“There were days when some of us were late for training and he told us to go back to our kampung if we were not serious.

“We followed his rules and discipline in training became an integral part of us. It did not matter who we trained under, we always gave our best.

“Misbun also did not have to deal with overbearing parents. We have different challenges now. But what I learnt most from Misbun is his passion. In whatever he does, he gives his best.”

And Hafiz promised to devote the same energy and passion when he resumes training as coach of the Under-15 boys’ singles players. Training for the juniors is expected to resume in August. 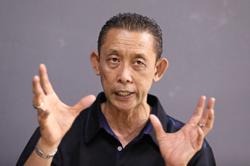 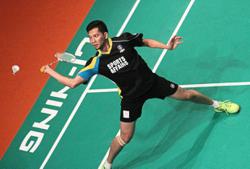 Yoke Meng’s cool about his task with little girls