PETALING JAYA: The Purple League Junior (PLJ) badminton league is set to be expanded to a 40-team contest when it returns for the sixth edition.

The Malaysia Purple League (MPL) are currently unable to finalise the competition dates, but their chief operations officer Ho Khek Mong said plans are in place to do away with the three-division format and replace it with a league played over four different regions – Kuala Lumpur (Klang Valley), Ipoh (North), Johor (South) and Sarawak (east Malaysia).

Each region will be contested by 10 clubs with the winners of each region slugging it out for the overall title in the Grand Finals.

A total of 26 clubs took part in last year’s expanded edition – 10 each in Division 1 and Division 2 and six in Division 3.

Except for the Division 3 matches which were played in Ipoh, the top two divisions were held in three different locations in Kuala Lumpur, Ipoh and Selangor.

The inaugural edition in 2015 saw 11 teams before the numbers grew to 19 over the next three seasons when the two-division format was introduced in 2016.

Khek Mong believes a fresh approach is needed again if PLJ is to expand the talent pool further, whilst helping teams save their logistics cost.

“The league runs up to four weekends and it’s quite costly for the teams to travel to different states, ” explained Khek Mong.

“This is a big challenge, especially for teams from Sabah and Sarawak. So this year, we are bringing the league there.

“Hopefully this can help to spur the development in east Malaysia. There are so many undiscovered talents there.

“With the competition spread over four regions, we can have as many as 40 clubs, compared to 26 last year.

“We’re talking about 640 players, as each team are allowed to field up to 16 players.”

Khek Mong added that MPL would also implement a new ruling where only one foreign player would be allowed to play in each tie.

Last season, a team could field up to four imports in a single tie.

“Teams have the tendency to field imports first and this limits playing opportunities for the local players, ” he said.

“With only one foreigner allowed, team managers and coaches will be forced to groom locals and prioritise them in the team selection.”

If all goes well, Khek Mong is hoping that the PLJ could start in October. 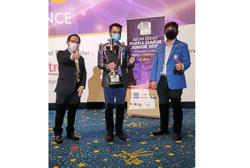 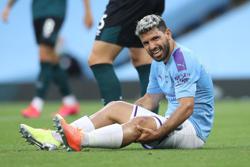 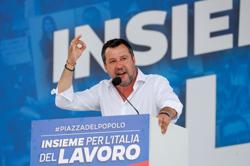