Olympics delay no blessing for Jin Wei and Kisona

PETALING JAYA: The postponement of the Tokyo Olympic Games has revived the hopes of some athletes but not for women’s singles shuttlers Goh Jin Wei and S. Kisona.

Jin Wei and Kisona’s world rankings are low and it’ll be tough for them to chase the leading pack when the Badminton World Federation (BWF) lift the suspension over tournaments and restore the Olympic qualifying process.

The world body, who have suspended all tournaments until July, are currently reviewing the Olympics qualifying process. Too far behind: Jin Wei and Kisona’s (pic, below) world rankings are low and it will be tough for them to chase the leading pack when tournaments resume.

They may extend the qualifying process for another three months once the Covid-19 situation gets better or they may start all over again – now that Games has been postponed to July 23-Aug 8 next year.

Only world No. 29 Soniia Cheah is looking good to make the Olympic cut.

“They may miss it this time but I’m confident Jin Wei and Kisona will be medal contenders at the next Olympics (2024, Paris),” said Seu Bock.

“They’ve the quality and determination to succeed. It’s just unfortunate that time is not on their side this time.”

Jin Wei lost a year due to stomach illness last year but she has been making fine progress while Kisona is finally showing maturity in her game after overcoming a career-threatening knee injury.

Seu Bock said he would push for the duo to compete in as many tournaments as possible but they would not be able to qualify for even third-tier BWF tournaments.

“They have low world rankings and it will be tough to qualify for higher-ranked tournaments, even, the Grand Prix tournaments, once the BWF calendar is restored. So, that’s the situation for them,” he said.

“But once they’ve boosted their world rankings by taking part in lower ranking tournaments, I believe they’ll show the world what they are capable of,” added Seu Bock. 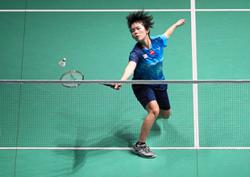 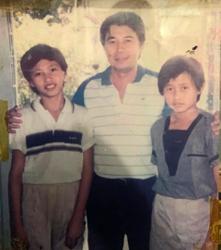