Olympic dream over for shuttlers as counters close

All over: Goh V Shem and Tan Wee Kiong can kiss their Olympic dream goodbye after five Open tournamens offering qualifying points are set to be called off.

KUALA LUMPUR: The Olympic dream is as good as over for many shuttlers who had been eyeing to make the cut in the final qualifying stretch. The ticket counters look to have closed.

All these Opens were tournaments offering points for the Olympic Games in Tokyo from July 25-Aug 9.

Due to the governments’ stand to contain the spread of Covid-19, it’s learnt that the organisers have been left without much choice but to postpone their respective tournaments.

The Olympic qualifying period ends on April 30 and without any tournament to earn valuable ranking points, players have been left in the lurch.

The ongoing All-England will be the last tournament in the Badminton World Federation (BWF) calendar from which players can earn their tickets to the Olympics.

With BWF sticking to their decision not to extend the Olympics qualifying period, Malaysia shuttlers, who had been on the borderline of qualifying like Goh V Shem-Tan Wee Kiong, Teo Ee Yi-Ong Yew Sin, Goh Soon Huat-Shevon Lai Jemie can kiss goodbye to their hopes of making the trip to the Olympics.

It will be a big disappointment for V Shem-Wee Kiong as the independent shuttlers were the silver medal winners at the Rio Olympic Games in 2016.

“It looks like the All-England will be the last tournament to offer points for the Olympics, ” said an official from Badminton World Federation.

“All other tournaments will be postponed. The Malaysian Open will likely be called off, too.”

Initially, the hosts for next week’s Swiss Open in Basel and Indian Open in New Delhi stated that the show would go on as scheduled but without spectators but as off yesterday, the situation changed.

There was a special meeting in Switzerland yesterday to call off the tournament while India has ordered a lockdown, and will not allow anyone into their country, unless for express and important purposes.

Malaysia is also expected to follow the directive to cancel all local and international tournaments. 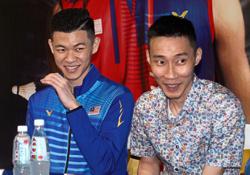 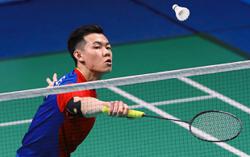