Last year, he had to end his illustrious badminton career – not because he wanted to but because he was recovering from nose cancer and could not play competitive sport any longer.

But instead of worrying on what he could not change, the 37-year-old kept his spirit high.

And now that he is the chef de mission of the Malaysian contingent to the Tokyo Olympic Games, Chong Wei hopes all athletes will remain positive despite concerns over the Covid-19 outbreak.

Many tournaments have been postponed and cancelled. In fact, there is talk that even the Tokyo Games may be deferred or called off.

“I urge all the Olympic-bound athletes and those trying to qualify for the Games to stay calm, strong and fret not,” said Chong Wei.

“Many of our plans are in disarray and tournaments have been postponed because of measures taken to curb the coronavirus but all these are beyond our control. I hope our athletes will continue to prepare for the Olympics.

“We should not worry whether the Olympics will be called off or not. We should not be anxious or distracted – just focus on training.

“For some, it may be their last Olympics and for others, it could be their first. Right now, the best is for each one of us to concentrate on qualifying for the Olympic Games. For those who have qualified, work on improving your game.

Chong Wei is confident that the International Olympic Committee (IOC) and Japan would make the right decisions at the right time.

“I’m sure a good decision will be made. For now, I’ve not attended any official meeting with the IOC or the hosts but I guess, my job will only start when all the qualifying events are over,” said Chong Wei.

“Until then, let’s prepare the best we can and hopefully, the virus will be contained in all countries and everything else – the travels, economic situation and competitions will be restored,” said Chong Wei.

So far, 11 Malaysian athletes have qualified for the Olympics.

At the last Olympics in Rio de Janeiro in 2016, Malaysia had 32 athletes from 10 sports and achieved the best ever haul of four silvers and one bronze. 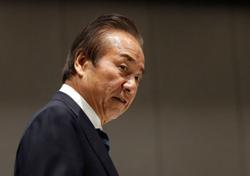