PETALING JAYA: Three Malaysian pairs made it into the quarter-finals of the Singapore Open but it was superstar Lin Dan’s (pic) first-round withdrawal that is still the talk of the town.

The two-time Olympic champion from China walked out while he was trailing 13-20 in the first game against Viktor Axelsen of Denmark on Wednesday and appeared to be upset over several line calls.

The reigning Malaysian Open champion insisted his withdrawal was due to a spasm in his left thigh muscle but in several media reports yesterday, Lin Dan said such a big match (between two world champions) should have been played on the main court, which has the Hawk-Eye technology.

“Lin Dan and Axelsen’s match is considered one of the top-flight matches of the day but for some reason it was not played on the main court,” said Choong Hann, who is in Singapore with the Malaysian team.

When asked whether the Badminton World Federation (BWF) should make it compulsory for all top-tier tournament hosts to use Hawk-eye on all the courts, Choong Hann said: “It may not be feasible for now because that could come down to the cost factor.”

Independent men’s doubles shuttlers Goh V Shem-Tan Wee Kiong showed their quality in a comfortable 21-15, 21-10 win over Tinn Isriyanet-Kittisak Namdash of Thailand but they must find their best form to overcome All-England champions Mohamad Ahsan-Hendra Setiawan of Indonesia for a spot in the semi-finals.

Malaysian Open semi-finalists Tan Kian Meng-Lai Pei Jing continued their fine form when they came from behind to pull off a 19-21, 21-9, 21-17 win over Japan’s Kohei Gondo-Ayane Kurihara. 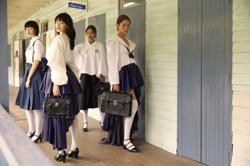 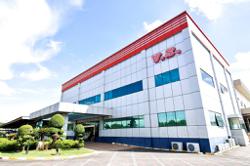