Tai Tzu-ying of Taiwan reacts while competing against Beiwen Zhang of the United States during their womens badminton singles match at the BWF World Championships in Nanjing, China, Thursday, Aug. 2, 2018. (AP Photo/Mark Schiefelbein)

CAN world No. 1 Tai Tzu-ying (pic) be defeated?

Yesterday, the 24-year-old Taiw­a­nese extended her unbeaten run to a whopping 31 matches after beating American Zhang Beiwen 21-19, 21-14 in the third round of the World Championships.

Tzu-ying has not lost since she was beaten by Thailand’s Ratchanok Intanon in the final of the Malaysian Masters last January.

When asked if she was confident of staying invincible, she said: “I’ll try my best.”

Tzu-ying, who opened her campaign with an easy 21-10, 21-16 win over Australia’s Wendy Chen on Tuesday, faces a stern test today when she meets world No. 6 He Bingjiao of China.

But if the recent head-to-head record between the two players is of any indication, Tzu-ying is expected to bulldoze past Bingjiao again having won six times in a row including the back-to-back wins in the Malaysian Open final and the Indonesian Open semi-finals last month.

Tzu-ying’s top form has made her the clear favourite to win in Nanjing as she seeks her maiden world crown.

She skipped last year’s edition in Glasgow, Scotland, to compete in the World University Games which was held in Taipei.

“I don’t see myself as the favourite here due to the fact that I’m quite error-prone lately. The competition is quite wide open,” said Tzu-ying.

“I’m not thinking too much about becoming a champion. I’m a player who takes it one match at a time.

“You don’t win a tournament with just a one-off good performance.”

Daren dares to dream after stunning world No. 5 Srikanth 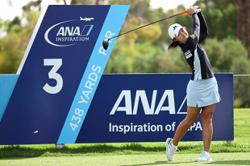 Scotland bans household visits in Glasgow because of COVID-19