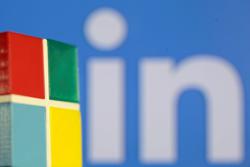 Hup Wei has been consulting a sports psychologist to help him deal with his anxiety.

“The sessions are to help me focus better.

“To be honest, the lack of competition is starting to worry me, ” said the former Asian champion, who needs to equal the qualifying mark of 2.33m to confirm his trip to Tokyo.

The 34-year-old is scheduled to compete at the Qosanov Memorial Championships in Almaty, Kazakhstan, on June 19-20.

“The Kazakhstan meet should be my last competition but it’s just three weeks before the Tokyo Olympics.

“It’s really tough to build form in this situation. I do get anxious thinking about it but these things are beyond me.

“Almost all high jumpers in the world are facing this issue and I can only focus on my training, ” said Hup Wei, who trains under Uzbekistan-born coach Aleksandar Gasparyan.

“We are working on the run-up in training.

“I need to be consistent and hopefully, I will do well in Almaty, ” added Hup Wei, who has represented Malaysia at the 2008 Beijing and 2012 London Olympics.

Even if Hup Wei misses the cut on merit, he can still qualify for the Olympics based on his world ranking.

He is ranked 19th in the world and has to be in the top 32 when qualifying ends in June.

“I can still qualify for the Olympics based on the world ranking but I definitely need to compete to be sharp, ” added Hup Wei, who had hoped to compete in this month’s Malaysia Open but it was cancelled.