KUALA LUMPUR: The Malaysian Athletics Federation (MAF) will take a big gamble and field more youngsters for the Vietnam SEA Games next year.

Their president Datuk S.M. Muthu said this is in response to suggestions from the National Sports Council (NSC) to rope in the winners at the Sukma (Malaysia Games) in Johor in March next year and expose them at the biennial regional games in December.

“Our hope is still on the seasoned campaigners who will still be around to deliver but we also want to groom the younger athletes.

“The SEA Games will be the ideal place and we plan to at least field 60% from the juniors.

“It will be a departure from the previous squad in the Philippines two years ago where juniors made up 40%.

“We will still pick the seniors based on their current performance as it will be good to have them around so they can guide the newcomers,” he said.

On whether they have mapped out their target for the Games, Muthu said it is still too early to identify as there are no international competitions going on because of the Covid-19 pandemic.

“We may get a better assessment towards the middle of next year when the international sports calendar, hopefully, returns to normal.”

In the Philippines, the athletes only managed to win five gold medals.

Yap Sean Yee claimed the women’s high jump – the first Malaysian to win the event in 40 years while Lee Hup Wei and Nauraj Singh Randhawa continued the nation’s domination in the men’s event with a one-two finish. 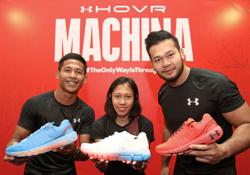