KUALA LUMPUR: National discus thrower Mohd Irfan Shamsuddin had wanted so much to be part of the excitement and hustle and bustle of the Olympics in July.

Now, he’s a lone figure in the Olympic Training Centre in San Diego. But he’s not unhappy. He figures the postponement of the Games is the right thing to do.

The four time SEA Games gold medallist, who was hoping to make his debut in the Olympics, has been in the United States since March 1. He was sent there for a two-months of training-cum-competition stint to help him the qualifying mark of 66m.

Things did not go as planned.

The burly Negri Sembilan athlete was supposed to have competed in four meets in the United States but all the competitions have been either postponed or cancelled.

The United States is in a critical stage with the third highest number of Covid-19 cases in the world, with 54,867 infected and 782 deaths.

Many athletes who had been training in the country prior to the Olympics, have now left for home. And the 24-year-old Irfan, who has a personal best of 62.55m, is pretty much alone.

“I will, however, continue to train at the centre until April 30 as there no flights home, ” said Irfan in a text message yesterday.

He said that he supported the postponement of Olympics as it has affected athletes’ preparations.

“All athletes around the world can’t train and can’t compete at this time. In the US, the athletics season was supposed to start at the beginning of April but all competitions have been cancelled.

“In Europe, the season was to have started in mid-May but none have been confirmed yet. So, athletes can’t see their level of performance before the Olympics, ” said Irfan, who bagged silver in the Asian Championships in Bhubaneswar, India in 2017.

“For me, it’s good that the Games have been postponed to next year as it will give more time for athletes to qualify and prepare. And, of course, stay healthy.”

High jumper Lee Hup Wei, who is eyeing his third Olympics Games, also supports the postponement of the Games.

“The virus is spreading so fast. Many countries are under lockdown. It will take a few months to bring the situation under control, ” said Hup Wei, who needs to clear 2.33m to qualify on merit for the Olympics.

Hup Wei, who has a personal best of 2.29m, said the postponement would give the athletes more time to train and qualify for the Olympics.

The 33-year-old Hup Wei, who competed in the 2008 Beijing and 2012 London Olympics, can still qualify for the Olympics if he is ranked among the top 32 in the world. 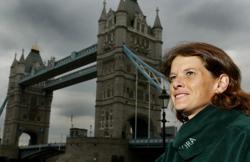 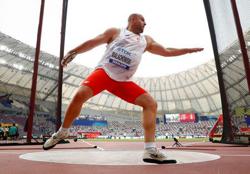 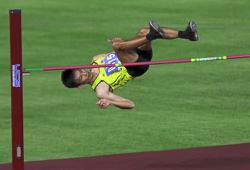