Can the Home Nations trump the former Soviet nations?

ENGLAND versus Wales will be one of the matches of the tournament. The atmosphere in Lens on June 16 will be electric as both set of fans will want nothing more than a win over their rivals.

England have 68 wins from 103 games against Wales, losing just 14 times.

Hey will look to add to their tally of wins but this time in they are in for a tough fight.

Former Soviet nations, Slovakia and Russia will also face-off on June 16 at Lille but there has been little between Russia and Slovakia since the pair started competing as independent countries.

It looks like a straight-forward group for England but Russia, Wales, and Slovakia are capable of pulling up some surprises.

Here are the previews of each team in this group:-

Roy Hodgson has certainly riled some fans by omitting Danny Drinkwater in his squad but like any coach, he prefers to pick his favourite players.

It wasn’t surprising that Jack Wilshere was picked instead of Drinkwater .

Even though the Arsenal midfielder was injured for a long period and only came back at the tail end of last season, the veteran coach knows the 24-year-old is capable of doing wonders in midfield.

One thing is for sure – Jamie Vardy and Harry Kane will be very important for this English side. Vardy was the catalyst for Leicester’s success while Kane’s goals helped Tottenham Hotspur to mount a serious championship challenge.

They seem to combine well but they will need the support of the midfielders to inflict any damage. Deli Alli, Adam Lallana and James Milner should feed the attack while Eric Dier will provide cover for centre-backs Gary Cahill and Chris Smalling.

Nathaniel Clyne and Danny Rose looks set to seal the wing-back spots and they too will be important when England goes on the counter. Hodgson loves the conservative approach but with this squad, he should be brave enough to play attacking football.

Alli, Lallana and Milner are capable of doing the defensive job by tracking back and pressing midfielders but they should be allowed to have the ball. Alli and Lallana are creative players and it would be a pity if Hodgson stifle their usual game play.

England is the favourites in this group and they know, winning the first match would be crucial. Once they do that, I expect them to win the other matches and win this group easily.

Expectations were high when Fabio Capello was appointed coach but under him, the team seemed to be headed nowhere. Realising that, the Italian left the team and Leonid Slutsky took over the reins of the national team.

Slutsky, who also coaches CSKA Moscow, loves attacking football. His CSKA team is one of the best attacking sides in Russia and he was the reason why the team won the league this season.

Many would expect him to do so with this Russian side. With attack-minded players like Igor Denisov, Alan Dzagoev and Oleg Shatov, he knows the team can surprise teams with their attacking brand of football.

He also has two tall centre-forwards in the form of Artem Dzyuba and Aleksandr Kokorin, who will be relying on crosses and passes from the creative three. Roman Neustadter, who plays his club football in Germany, will make his first international tournament bow with Russia.

Neustadter is new to the set-up but he will surely start him because of his work-rate and ability to read the game. The only concern would be his back four as three of his starting defenders are over thirty. Sergei Ignashevichand and the Berezutski twins (Alexei and Vasili) have been with Russia for more than a decade and this might be their last international tournament.

Teams will surely exploit the defence’s lack of pace but Slutsky will remind the three, who also plays for his club, to be tactically smart.

This team will want to do well in this tournament as they need some momentum before the 2018 World Cup, which will be held in Russia. These players are not young but they can be an inspiration for the future players.

Many would put their money on Slovakia to finish last but with the likes of Peter Pekarik, Marek Hamsik and Miroslav Stoch, I doubt they would finish last in this group.

To me, this is an open group and anyone is capable of winning on their day. I did say that England stands a better chance in this group but in football, anything can happen.

Jan Kozak, who has been with the team for three years, has built the team around captain Hamsik and he will obviously rely on his star player to surprise pundits and doubters. To me, Slovakia has one of the most exciting midfields in European football.

With a midfield of Hamsik, Juraj Kucka, Stoch and Vladimir Weiss, they are capable of beating any teams on their day. When this four function, the whole team does well. Hamsik sets the tempo, Kucka and Robert Mak perform the dirty jobs in midfield while Stoch and Weiss will terrorise the wing-backs with their mazy runs and pinpoint crosses.

Stoch is also capable of scoring goals and could be a match-winner. However, this team has its weaknesses too. Stanislav Sestak used to be an ace forward for Besiktas but at the age of 33, it will be hard for him to play as the lone forward.

Kozak will surely want Stoch and Weiss to help him with the goalscoring duties but if those two have an off day, scoring will be a problem for this side.

Martin Skrtel used to be a menace in defence but in recent months, his form seems to have deteriorated. He will still be the first choice centre-back with Tomas Hubocan likely to be his at the back.

Peter Pekarik and Dusan Svento will be the full-backs and they had a pretty good season in the Bundesliga. Both of them will assist Stoch and Weiss and they can also act as the ‘Duracell Bunnies’ in the team as they are able to go back and forth for 90 minutes.

The only thing Kozak needs right now is for all of them to click. Once that happens, teams will find it hard to breach them.

I’m actually looking forward to watching Wales play in their first ever international tournament. Under Chris Coleman, they have found consistency on the world stage.

There is a lot of Premier League pedigree in this squad but many wouldn’t put their money on this side. However, with talents like Aaron Ramsey, Gareth Bale, Hal-Robson Kanu and Joe Allen, they are capable of playing against the best.

Wayne Hennessey is the obvious choice in goal, while Ashley Williams and James Collins will be the centre-backs. The physical presence is there but the lack of international tournament experience could be telling. The full-backs will be James Chester and Neil Taylor, both regular for their clubs.

Coleman looks set to opt for a 4-3-3, so I’m expecting Allen, Joe Ledley and Aaron Ramsey to be in midfield. Ledley and Allen will play behind Ramsey, who will be the attacking midfielder for this side.

The front-three will be Bale, Kanu and Sam Vokes. Vokes will be the main hit man while Bale and Kanu will be on the wings. I’m expecting Bale to be given the free role as they will surely reliant on the Real Madrid winger for goals.

He is known for showing up in big occasions and it will be interesting to see how Bale helps his team in the tournament. Qualifying for the next stage will be a bonus, as they have already achieved what they set out in the first place. 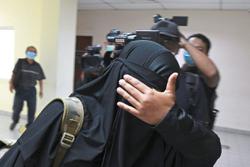