World Cup 2014 preview: Another South American side to falter?

Battle of the speedsters - Arjen Robben (left) and Lionel Messi.

THREE games left in the 2014 World Cup. And it has been a mesmerising three weeks since the first kick-off on June 8. You cannot get a more blockbuster cast in the semi-finals than this one with Brazil, Germany, Argentina and The Netherlands.

Brazil, Germany and Argentina have collected 10 Cups out of a total of 20. Brazil has five, Germany three and Argentina two. The Netherlands has come close to winning since the era of Johann Cryuff, then Marco van Basten/Ruud Gullit. In South Africa, the Dutch lost by a solitary goal to Spain.

Time does move fast and it's going to be weird, especially for me, as I've stayed up almost every night just to watch the games.

This World Cup is simply amazing. A report from Fifa's technical study said the tournament in Brazil "is one of the greatest world cups."

Audacious tactics, insane amount of goals, young attacking talents and the party atmosphere at all the stadiums - Who needs six flags when you have the World Cup!

The first blockbuster proved to be a shocking one after Germany defeated home side Brazil 7-1 at the Estadio Mineirao in Belo Horizonte.

In the second semi-final, Argentina is set to face Netherlands at the Arena Corinthians in Sao Paulo at 4am (Malaysia) on Thursday.

Will we see another capitulation or will we see a South America vs Europe final? Here is the preview for Netherlands vs Argentina.

One battle to watch! Who will grind out a precious victory? Will it be Louis van Gaal or Alejandro Sabella? I expected a tactical battle between Brazil and Germany but it proved otherwise.

That thrashing is still vividly in my mind. Watching David Luiz and Dante being torn apart by the German players - I'm sure the Brazilians are scarred for life. 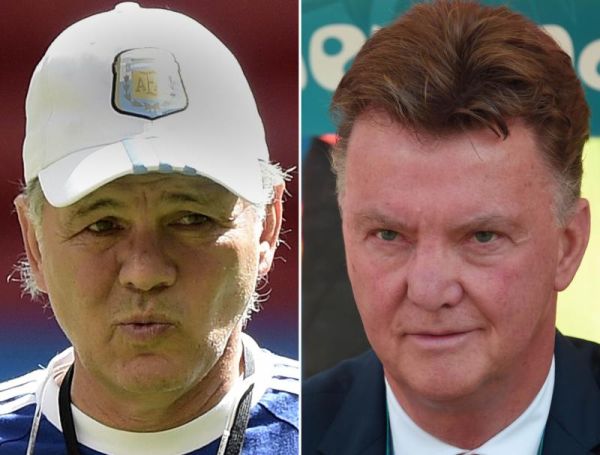 Let’s start with Netherlands. Under the tutelage of van Gaal, Netherlands have been one of the best tactical sides in the tournament. Robin van Persie, Arjen Robben and Wesley Sneijder are the illustrious names in the side while the other players are mostly youngsters who have just made the step-up to the national team.

Their defence looks new, van Gaal loves to tinker with his midfield and their attack - when they hit top gear, you don’t want to mess with them. For this match though, they might not have the services of van Persie who is down with a stomach bug.

If he doesn’t play, then van Gaal can rely on Klaas Jan Huntelaar to be top striker. On his day, he is a fox in the box and can plunder in the goals for fun. Sneijder and Robben will be the creative players for this team.

Midfield and defence were a cause for concern at first but now they look solid and even though van Gaal has rotated his midfielders during the knockout stages, it has worked wonders for them. Dirk Kuyt who is naturally a forward is now a wing-back! It shows how tactically adept this Dutch side are. It’s hard to read van Gaal’s mind but I’m expecting this dutch side to start slow and pick-up for the second-half and try to catch the Argentinians off guard.

As for Argentina, all eyes will be on Lionel Messi. Messi means attack but this match is going to be different. If you ask me, they are going to be very very organised for this match. Without Angel Di Maria, the Los Albicelestes is going to lose a little bit of flair and they will rely on quick counter-attacks to score.

Sergio Agueroi, Ezequiel Lavezzi and Gonzalo Higuain can be devastating when they hit top form and Sabella will need to rally his forwards to do the job for them.

Javier Mascherano and Fernando Gago will be the pivots and they will surely play in front of the defenders and spray passes to their playmaker Messi. Messi has had a good tournament so far and with the form he is in right now, he is capable of causing damage.

I think Netherlands will resort to ‘Total Football’ while the Argentinians will try to play it safe and catch them on the break. One thing is for sure, as a neutral, I don’t want to watch another ‘Mineraozo’

My prediction for this match, Argentina to beat Netherlands 2-1. Game might go into extra-time!