World Cup 2014: Can the Three Lions surprise the Azzurri?

SATURDAY’s 5-1 thrashing of Spain by the Netherlands was a reminder of what the World Cup has to offer. Shock! Suspense! Drama! And it’s just the second day of the Greatest Show on Earth!

The second day served up lots of goals, and you can expect the third day’s games to be a treat too. However, while four matches are set to be played, the Match of the Day is certainly the Group D tie between England and World Cup 2006 winners Italy.

The other interesting match-up is Colombia vs Greece in Group C. Colombia will be playing in their first World Cup in 16 years and will be looking to kick-off their campaign by beating the Euro 2004 winners.

Japan, one of the four Asian sides in this year’s World Cup, will face African giants Ivory Coast in what promises to be an open affair. Uruguay, meanwhile, face Costa Rica in the other Group D match.

How will these teams fare in their matches? Here is a preview of the games on match-day three. 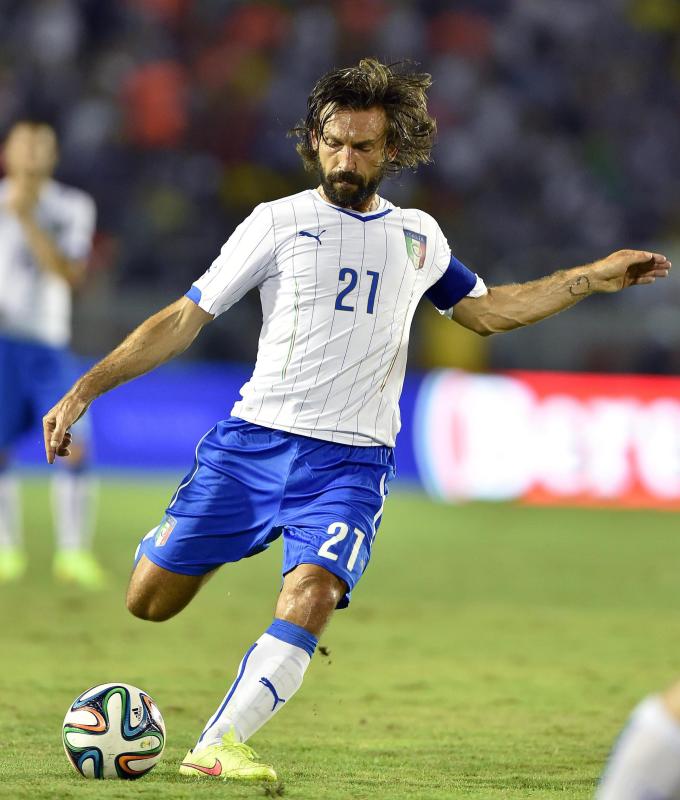 Veteran midfielder Pirlo will be key for Italy

Everyone will be waking up at 6am to watch one of the most anticipated group matches in the World Cup. Italy, the Euro 2012 runners-up will be the favourites coming into this match at Arena Amazonia in Manaus.

The heat and humidity in Manaus and also the poor playing surface will be a concern for both sides. The team that is able to persevere for 90 minutes will surely come out on top. Both teams have done the necessary preparations to counter the conditions but who will win it?

Italy manager Cesare Prandelli has selected a good mix of young and experienced players. Under Prandelli, Italy has done away with the Cantenaccio approach. With flamboyant players like Mario Balotelli and Lorenzo Insigne as well as veteran likes Gianluigi Buffon, Andrea Pirlo, Andrea Barzagli and Daniele De Rossi, Italy can look both exciting and menacing.

Buffon is set to be goalie and captain the Azzurri.

In defence, Juventus duo Barzagli and Leonardo Bonucci will be the centre-backs while Giorgio Chiellini and Ignazio Abate will be the full-backs with Abate given the freedom to tear down the wings.

Pirlo, De Rossi and Claudio Marchisio will form the three man midfield and three of them are box-to-box midfielders. Pirlo will dictate the tempo for Italy so if England want to win, they will need to put the shackles on the 35-year-old.

Lorenzo Insigne and most probably Alessio Cerci will be the attacking midfielders and they will be tasked to provide the ammunition for Balotelli. If these three click, England’s defence will be in for a tough game.

Before the tournament, Roy Hodgson said that England would have to take it one game at a time in order to qualify for the next round.

Of course, Jose Mourinho has said that England has what it takes to win the World Cup but knowing “The Special One”, it’s hard to tell if he was being sarcastic.

The current England squad, to me, looks very interesting even though I thought they should have selected Gareth Barry instead of Frank Lampard.

Hodgson loves the traditional approach and he will use the 4-4-2 formation against Italy.

Joe Hart who can be a real wall on his day will be the goalkeeper for the Three Lions.

England’s defence will has a new look this time with Gary Cahill and Phil Jagielka in central defence and Leighton Baines and Glen Johnson serving as the flying wing-backs.

Liverpool duo Jordan Henderson and captain Steven Gerrard will be the central midfielders while Adam Lallana and exciting young talent Ross Barkley should come in on the wings.

Wayne Rooney is set to be partnered by Daniel Sturridge and if the pair click, Bonucci and Barzagli will have a tough time thwarting them.

Manaus’ weather will be a key factor. England and Italy have prepared themselves for the tough conditions but based on experience and form, I’m going for an Italian win. Many will say they drew with Luxembourg and had it tough against a Brazilian club side in friendlies leading up to the World Cup however, when it comes to international tournaments, I believe Italy is always capable of mounting a serious challenge. Italy will not have it easy, though. The scoreline? Italy to beat the Three Lions 2-1. 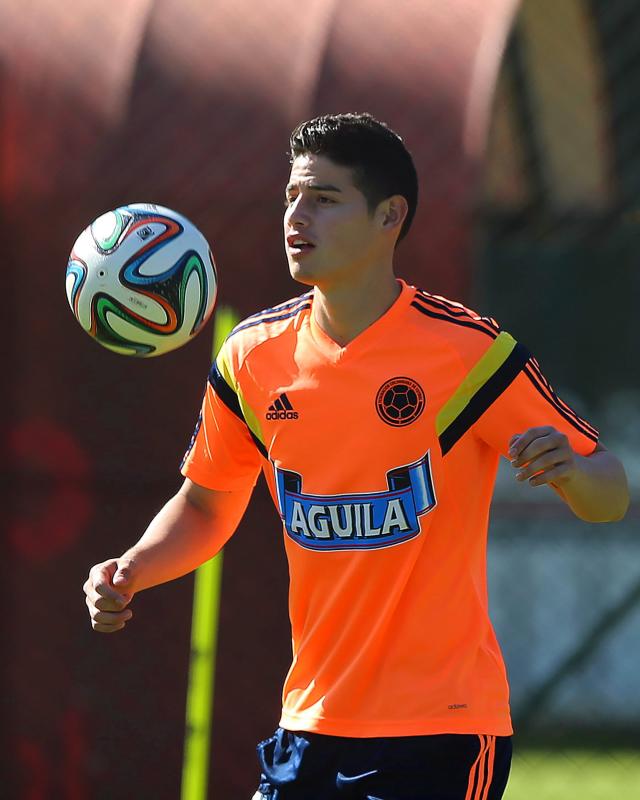 Rodriguez could cause problems for Greece

Forget about Carlos Valderrama, Faustino Asprilla and Rene Higuita. The current Colombian side has what it takes to eclipse their predecessors. Though they’re missing Radamel Falcao, they still have a lot of talent at their disposal.

They were impressive in the qualifiers and in friendlies and have looked menacing too.

Against Greece, I’ve a very strong feeling that Colombia will impress and beat the Euro 2004 winners. Greece is an organised side but I just don’t see them getting past Colombia or even out of the group stages.

Colombia will start with David Ospina in goal.

Mario Yepes and Cristian Zapata will be the centre-backs while Juan Camilo Zuniga and Pablo Armero will serve as the marauding wing-backs.

In midfield, Abel Aguilar and Fredy Guarin will be the pivots for Colombia but expect Guarin to go forward with his bursting runs. James Rodriguez and Juan Cuadrado will be the wingers for the Los Cafeteros.

The absence of Falcao will be felt but Jackson Martinez should be more than able to deputise for the Monaco forward. He will be partnered with Teofilo Gutierrez who recently won the Argentine Division One title with River Plate.

Greece boss Fernando Santos may not be as well known as Otto Rehhagel who took the country to Euro 2004 glory but the Portugal-born manager has done well since taking over as national team coach.

Don’t worry, this is not the boring Greece side. They’re organised and they have players with flair too. Orestis Karnezis will be the goalkeeper for Greece and he will be protected by Sokratis Papasthopoulos and Kostas Manolas. Jose Holebas and Vasilis Torosidis will be given the licence to defend and overlap on their respective wings.

Thirty-seven-year-old Giorgios Karagounis looks set to lead his side for the final time and he will be partnered with Gianni Maniatis and Alexandre Tziolis in midfield. Georgios Samaras, Kostas Mitroglou and Panagiotis Kone will form the front three for Greece

Greece is going to find it tough to getting past the Colombians. The South American side has flair, determination and tactical nous to overcome the Greeks. Jose Pekerman is an astute coach and I’m sure he will have some tricks up in his sleeves. Colombia to beat Greece 2-0 in their first World Cup match in 16 years.

Predictions for other matches.

Ivory Coast vs Japan is a tough one to call. Both sides have talented players and have what it takes to win a game. Japan’s key player will be Keisuke Honda while Ivory Coast will rely on Yaya Toure’s experience and physical presence to win the game. It should be an open affair and I’m expecting both sides to share the spoils. Expect fireworks. My prediction is 2-2.

Uruguay should, meanwhile, have it easy against Costa Rica. Their midfield and defence are pretty organised but their attack is simply a joy to watch! Expect Edinson Cavani and Luis Suarez to get on the scoresheet. Costa Rica will rely on Joel Campbell and Bryan Ruiz but even then, it will be tough to beat the Uruguayans. The score? 3-0 to Uruguay!