The stage is set!

JUNE 12, 2014 will be the most anticipated day for all football fans. It’s the start of the world most biggest and prestigious tournament - The World Cup.

200 nations slugged it out for a place in the prestigious tournament but only 32 emerged victorious in their quest. The qualifiers ended on Sept 20 when Uruguay confirmed their place by beating Jordan in a two-legged playoff tie.

13 European nations, 4 Asian countries, 5 African states, 6 South American countries including host Brazil and 4 North American nations booked their ticket to Rio and will be eagerly waiting the group stage draw which is expected to take place on Dec 6.

Now, I would like to comment on each on the continent’s strengths for the tournament and who will be the favourites to lift the FIFA World Cup trophy come 2014!

Let’s start with Europeans. With the most number of participants in the tournament, all these teams have continental approach and known for their disciplined tactics. 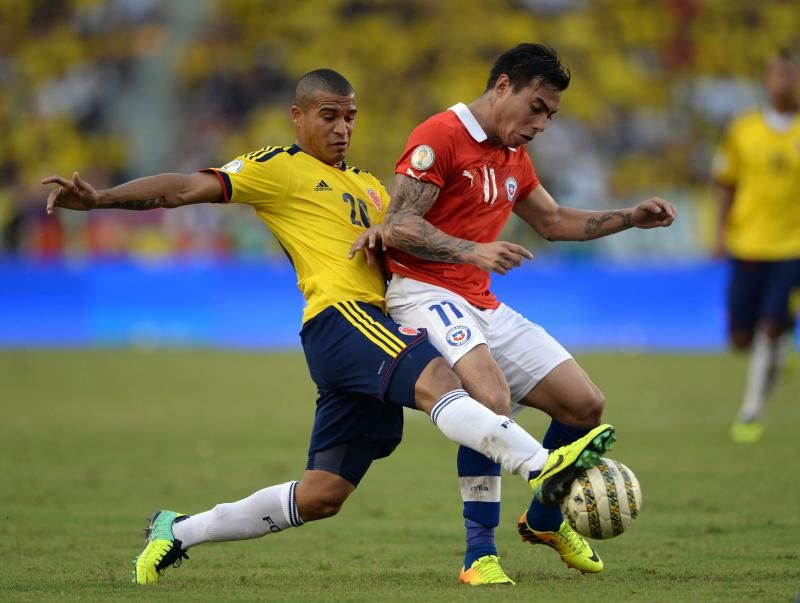 Their leagues are strong too and most foreign players try their luck in these leagues. From the Barclays Premier League to the Bundesliga, these leagues are known to produce world class players.

Rather than commenting about the big guns, let me talk about two small countries who are set to impress in Brazil.

Belgium impressed in the qualifiers and their Golden Generation is certainly making their presence felt. Players like Eden Hazard, Romelu Lukaku, Moussa Dembele and Vincent Kompany are key players for their clubs and they've translated their club form into the qualifiers.

Marc Wilmots have wealth of talent in his squad and all he needs to do is to find the right ingredient to blend this squad. If all the players find their chemistry, then big teams will have to be careful with Red Devils. (Not Manchester United. Belgium is also called the Red Devils in the international arena.)

Neymar of Brazil takes the ball in the first half against Chile during a friendly match at Rogers Centre Canada. 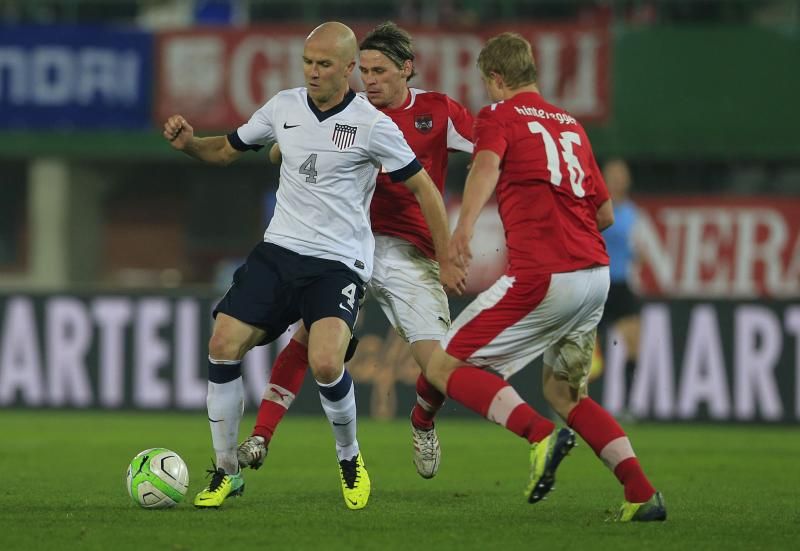 One interesting thing to note from this continent is Bosnia & Herzegovina’s qualification to the World Cup. Having achieved independence in 1992, Bosnia have gone through leaps and bounds in the international football arena.

They’re currently ranked 16th in the world and with players like Edin Dzeko, Miralem Pjanic, Emir Spahic and Asmir Begovic in their side, they will be one of the dark horses of the tournament.

From South America, Argentina and Brazil will be the favourites but never put Uruguay and even Colombia out of the equation too. Playing in home soil, the Selecaos will be under pressure to win the trophy.

Brazil will surely be buoyed by fans presence and players like Neymar, Paulinho, Lucas Moura and Thiago Silva will have to be at their best if they want to win the tournament after 12 years.

Colombia are known to be chokers in international tournaments but this time around, their squad is capable of banishing such a tag.

Radamel Falcao will be the main man and I truly believe he is one the best finishers after Cristiano Ronaldo and Zlatan Ibrahimovic in world football right now. With James Rodriguez and Macnelly Torres providing ammunition, expect goals from the Colombians.

Argentina is in the fray too! With Lionel Messi in their side, the nation will be pinning their hopes on the ‘Messiah’. However, I’m expecting players like Sergio Aguero, Javier Mascherano and Pablo Zabaleta to impress in Brazil. 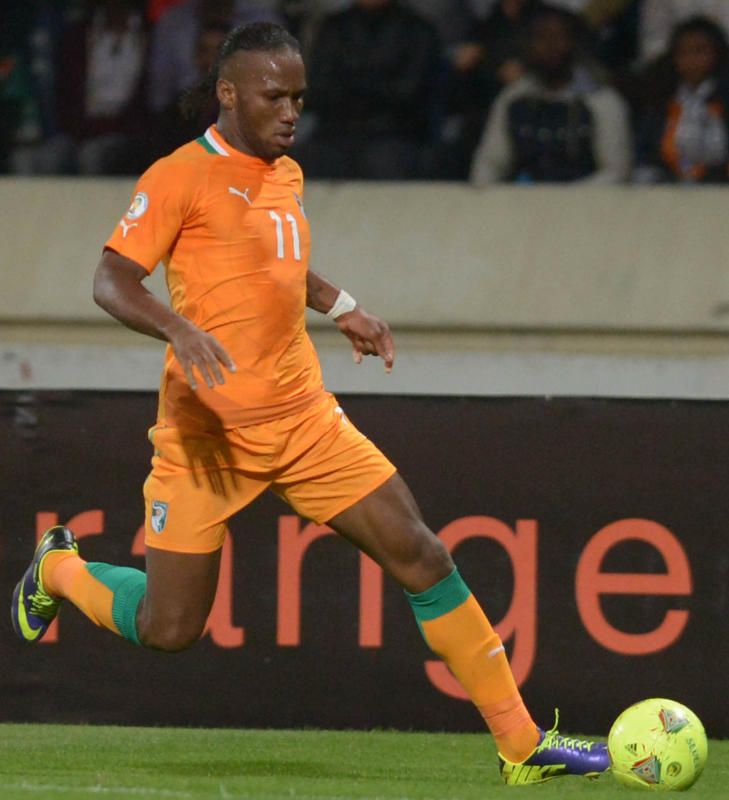 Uruguay may have had a terrible qualifiers but when it comes to tournaments, they shine! They will be the dark horses and with players Luis Suarez and Edinson Cavani in their side, they’re capable of trouncing any great teams on their day.

Four West African countries have qualified for the World Cup and only Algeria is the only North African team to qualify. This time, teams like Ivory Coast and Algeria rely on experience to spearhead their challenge in the World Stage.

Ivory Coast will be hoping to see players like Didier Drogba, Didier Zokora, Yaya Toure and Kolo Toure end their international career with a bang! Their experience will surely help players like Wilfried Bony, Lacina Traore and Serge Aurier grow in the coming years.

Nigeria are the reigning African Nations Cup champions and they will surely want to perform well in Brazil after underperforming in the previous World Cups. They've got a young squad but only time will tell if players like Ahmed Musa, Victor Moses and Efe Ambrose will be able to shine in the big stage.

North American countries like Mexico, Hondorus and Costa Rica have flair but it’s their rival United States of America who will always come up high with their tactical discipline.

Ignore the ‘soccer’ chants but the Yanks are pretty good in international football. Look at MLS, it’s growing! I’m expecting USA to be one of the surprise packages for next year’s World Cup.

Players like Clint Dempsey, Michael Bradley, Jozy Altidore and Graham Zusi are talented players, capable of playing in any league in the world.

Mexico will have a young lineup and they will be expecting their 2012 Olympic gold medallist players like Javier Aquino, Hector Herrera and Oribe Peralta  to impress in Brazil.

From the Asian side, I'm expecting Japan to be the side to watch. They have what it takes to qualify out of the group stages. Alberto Zaccheroni will be glad to see most of his players playing regular football in Europe.

South Korea have a slight chance but It will be a tough one for them. I'm looking forward to Son Heung-Min's performance because he is a talented lad and has what it takes to play for a big club in Europe.

Australia doesn't have a chance if they continue relying on their ageing players. Except for Tim Cahill, other players like Lucas Neill, Mark Schwarzer and Mark Bresciano are way past their best. Their new coach, Ange Postecoglou should bring in young players like Tommy Oar, Tom Rogic and Matthew Leckie and give them the experience of playing in a big tournament.

Nothing is early when it comes to the World Cup. In the next few months, fans will be watching the progress of the 32 teams and gauge their chances for the cup.

To be honest with you, the wait is itching me! In the next few months, I will pen my thoughts on the teams and the tournament itself. I end my column by saying a few words in Portuguese, Mal posso esperar para a Copa do Mundo! (Can’t wait for the World Cup!)