Voting for my children's future

Come May 9 I'm going to vote. As a working mom it doesn't take much to find an excuse to be busy. I have no time for politics. So what has changed? Why do I care?

While I can do my best to provide a good future for my children, I have begun to realise that the government of my country has a very strong say in exactly what sort of a world they live, grow, play and survive. And we need a government that cares for its people – and that includes my precious children.

Politics affect us all

Politics isn't my cup of tea, but it affects all of us and permeates into our everyday lives. The Federal Constitution dictates the boundaries of our rights and the statutes govern our behaviour and spell out penalties for disobedience. These laws are put in place by politicians and any changes in future will also be determined by them.

Like most of my friends, I abhor policies or utterances aimed at restricting our personal liberties such as our freedom to speak, associate, wear, eat, drink, live, watch and worship. I know what is best for me and my children.

That said, it baffles me is why 7.7 million eligible Malaysians did not vote in the 2013 General Elections. Of these, more than five million did not even register as voters while the other two million plus registered voters did not cast their ballots.

There are still 3.8 million Malaysian who have yet to register. I know some of them and they are filled with regret because they have forfeited their right to choose their own leaders.

Based on the 85% turnout during GE13, an estimated 2.2 million registered voters will not participate this time. Except for those who have valid reasons, it is safe to assume the rest are not interested in politics or they think that their votes won't make a difference.

The contest for power to is so intense that the mud hurled from both sides of the political divide is getting thicker and more pungent. The upside is we get to see the skeletons in the closets and the cans of worms as well.

We can't escape from politics. And those who are not interested in politics are actually not ignorant of the current situation in the country. So why not pick a side?

Election fever set in immediately after the polling date was announced. Conscientious voters scrambled to buy air, train and bus tickets or arrange car pools. Some initiated crowd-funding projects to help poorer voters and students travel home to vote while others offered free buses and hotel rooms. This is incredible!

Voters should be aware of the issues facing the country and the reasons why both sides are fighting tooth and nail to win federal power.

We will decide their fate – whether we want to maintain the status quo or elect a new government to administer the country. We have to cast our votes. Each and every one of us has a moral duty to do so.

Come May 9, rain or shine, I will cast my vote for my children's future – for a safe, harmonious and prosperous country where they will be safe walking down the street and playing in the park. 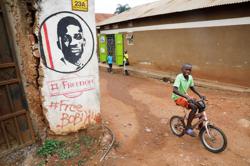 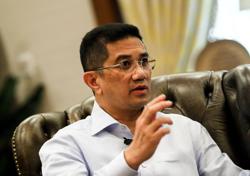