Look for the big picture 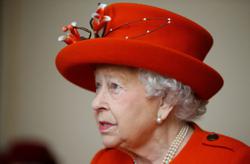 The writer and her daughter Baby Cat, spreading some Christmas cheer.

MY celebrative mood kicks in on my birthday in October and peaks during the year-end festive season as I look forward to family gatherings and the dawn of a new year.

However, the last was an exception as almost everything went wrong.

A sniffle led to a two-month battle with a runny nose and coughing that did not make talking or laughing any fun. Then my Baby Cat (that's my daughter) caught the flu. On top of that, our beloved 17-year old feline, Mithoz, was diagnosed with kidney problems.

I became stressed and unhappy as my perfectly drawn-up lists of resolutions and guests and for shopping remained just that – no item was crossed out.

One of our cherished family traditions is my husband preparing a lavish feast for our family and closest friends during Christmas. It is his way of sharing his love – using his culinary expertise to prepare a hearty dinner for his guests, where everyone regales, jokes, laughs and puts aside all their worries.

Let me tempt you with our Christmas menu. For starters, we had mushroom herb soup topped with crispy buttery croutons and a salad tossed with sunflower seeds dressing and garlic herbal bread.

The entrée made its appearance as perfectly pan-seared Australian grain-fed rib eye served with grilled zucchini and garlic mashed potato, or pan-seared Norwegian salmon with parsnip puree and caramelised onion.

Dessert was a Christmas cake.

Every item had been prepared with tender loving care over three days. On Christmas Day, our dinning table comes alive with cheer and celebration as we partake in the meal together.

Alas there was a major moment of disagreement involving a guest sometime during dinner. Tempers flared. Faces froze in stunned silence. A fork clattered to the floor. The music played uncomfortably in the background in stark contrast to the rising voices of indignation, hurt, accusation and anger.

The details elude me. Something about a cake. I think that was it. Yes, a cake.

It may have been a storm in a teacup, but that little storm affected us all with the force of a full-blown Malaysian monsoon. Suddenly the steak lost its flavour. The salmon sat unrecognised for its sacrifice for this sad meal. Nobody remembered or cared to ask about the seasoning that my husband had slaved over. And the cake, the darn cake, I just wanted to hurl it across the room!

We'd spent so much time planning and preparing that sometimes we forget the details that matter. I tried hard to be cheerful after our meal. But life spiralled crazily when our new housemaid suddenly went berserk in the middle of the night – for an hour.

Shocked and concerned for the safety of our child, we sent her away.

So the last few days of the year were spent making alternate arrangements.

I'm usually upbeat and positive. Yet the year closed with me feeling pretty beaten down and exhausted. I didn't want to plan anymore or check my to-do lists.

Then I received the unexpected news – I was pregnant with my second child! I was stunned.

My husband roared with delight. He loves kids and wants a full football team if he could have his way! Well, we have planted a new little life and it's now growing inside me.

In a heartbeat, every single irritation, pesky annoyance, things that have blown out of proportion from what it really is – which is nothing – vanished in view of the bigger things that we can look forward to.

Now, I am thankful that morning sickness is slowly dissipating and all the scans show that baby number two is healthy and growing well.

I am overflowing with gratitude and feel silly when reminded of the things that I had allowed to bother me. Life never goes according to the best-laid plans or even the most articulated lists. Yes, I am an organised sort and I firmly believe that lists help us achieve our goals.

But sometimes, we miss out on the big picture – being healthy, a mom to an adorable toddler who walks, dances, sings and chats sporadically in sounds and actual words, and having a doting husband who laughs with and at me when I'm all a-flurry and still thinks I'm hot despite blooming from a size XS to an XL with pimples dotting my face.

My life is full and I'd forgotten for a moment that this is what we celebrate when we cross over from an old year to a new year –the precious things that make every day worth living for.

Events and circumstances do not define my life and neither can other people who are going through issues in their own lives. I choose to have a cheerful heart and think thoughts that are wonderful, beautiful and marvellous even when life takes on its own form around me.

As we begin the next 350 days of a new year starting from right where we are, I wish you a joyful and energetic 2017! And may you overcome any obstacle that may come your way and celebrate every day like it's a special occasion.

Chermaine Poo is a chartered accountant turned actress, TV host, emcee and columnist. Now she juggles between motherhood and running her classic car restoration workshop, Restoration Performance Design. And because she doesn't sleep, she writes this columns and a blog on www.chermainepoo.com. Follow her on Facebook.com/ChermainePoo, and Instagram.com/ChermainePoo or drop her an email at info@chermainepoo.com 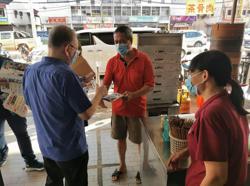