I began to suffer from urinary tract infection, especially after sex.

The cystitis has been a nightmare as it causes me pain and the urgency to urinate.

On several occasions, the infections even stopped me from working.

I've been on repeated antibiotics over the last six months and that has made my immune system weak. But the doctor says there is no other choice.

I'm uncertain whether my boyfriend is having any "extracurricular activities" behind my back (you know what I mean!).

I confronted him, and he told me about "post-coital cystitis" (PCC).

He claims the bacteria originate from my body and has nothing to do with him, and definitely not related to sexually transmitted infections.

Putting Dr G on the spot, I would like you to verify the validity of PCC, and whether it is an urban myth.

Has it nothing to do with sexually transmitted infections?

My boyfriend says I need to pee after sex, is there any evidence of such method to prevent infection?

Finally, I am done with all the antibiotics. If I don't take them, should

I avoid sex completely, for the rest of my life? This is certainly a depressing thought!

I look forward to your response.

Urinary tract infections (UTI) can affect any part of the urinary system. The common and less serious form of UTI involves the lower urinary tract known as cystitis.

The upper tract infection affecting the kidneys and pyelonephritis, can be more complex. UTI is a common medical condition affecting about 150 million people each year.

Women are 10 times more likely to be affected than men. The most common bacteria identified in UTI is the Escherichia Coli, also termed as E. Coli.

The risk factors for recurrent infections are the female anatomy and family history (obviously cannot be altered).

Other provoking factors may be sexual intercourse, hygiene, diabetes and obesity (which can be altered with a bit of effort).

Although sexually transmitted infections (STI) such as gonorrhea and chlamydia are risk factors of contracting recurrent cystitis, STI is generally not regarded as UTI. However, they both can co-exist.

Recurrent UTI is defined as three or more episodes of infections within a 12-month intervals. Cystitis after intercourse, also known as PCC, accounts for 60% of recurrent UTI cases.

One study found that 27% of college women with first UTI develop a second infection within six months. Another 27% developed further infections on a regular basis thereafter.

Sex is a common source of UTI in women, as penile penetration can introduce bacteria into woman's urinary tract with ease.

During intercourse, the female urethra comes in close contact with bacteria from the genital and perineum area (near the anus), allowing the pathogen to enter the bladder causing infections.

sexual contacts, as the foreign bodies cause irritations of genitalia from sex.

The definitive treatment of PCC is the use of antibiotics. The medicine can be taken following each infection, or continuously as prophylaxis.

The vast majority of PCC resolves, without long-term abstinence or antibiotics. However, careful monitoring assuring complete eradication of pathogens is crucial.

Multiple measures have been proposed to reduce the risks of PCC, including drinking cranberry juice, practising good hygiene and emptying of the bladder after sex.

Women who urinated less than 15 minutes after intercourse had a risk reduction of 40% from contracting UTI. Therefore, it is a good idea to get up and wee, despite the post-coital euphoria.

In sexual health, PCC is common when a young lady begins her journey of intimacy. Such phenomenon seems to resolve itself when nature takes its course.

Keeping healthy and hygienic before and after sex is important. Of course, an open communication and trusting each other will ensure a long sparkling climactic sexual journey ahead! 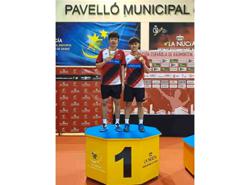