Mystery of the missing semen 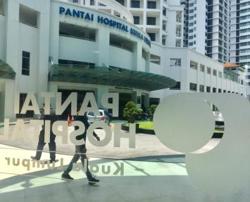 IHH net profit bounce back thanks to patient volume recovery

I am a healthy man reaching 50 this year.

My wife and I have a very healthy lifestyle and engage in sexual activities about once or twice a week.

I am generally fit and healthy. Apart from (pills for) high blood pressure, I am not taking any medications for other conditions.

Since we are still using condoms for sexual activities (to prevent the disaster of another pregnancy at our age), I have noticed the amount I ejaculate is diminishing significantly over the last few months.

Sometimes, even the amount of semen is hardly noticeable.

My wife even made a comment of the reduction in semen and thought I don’t get so aroused anymore during intimacy.

Don’t get me wrong. I have no intention of sex for procreation. I am just hoping to put Dr. G on the spot about my diminishing sperms.

Is it normal to have less sperms at my age? Don’t it correlate to an aging male or sickness?

Also, does it also correlate to the intensity of sexual arousal?

I would like to thank you in advance for helping me to resolve the mystery of my missing semen.


The low volume of ejaculation in a man is called hypospermia. This is generally defined as total ejaculation volume of less than 1.5ml.

Hypospermia should not be confused with oligospermia, which is characterised by low sperm count, irrespective of its volume.

According to the World Health Organisation (WHO), the average volume of ejaculate for men is 3.7ml, roughly equivalent to three-quarters of a teaspoon.

The normal ejaculation volume of a man after a few days of abstinence actually ranges from 2-6 ml.
However, this varies greatly with mood, state of arousal, physical health and the interval of prior ejaculation.

Hypospermia may not necessary reflect the functional ability of reproduction.

Normal semen is made up of only 1% of sperm. The rest of the semen is from the secretions of the prostate and seminal vesicles.

However, low sperm volume should still be investigated for men facing issues of infertility.

The exact prevalence of hypospermia amongst men of different ages is largely unknown.

It is thought men are unlikely to be bothered to quantify the emissions (or perhaps eruptions) and losing sleep over it (or rolling over and falling asleep).

On the contrary, the issues of hypospermia can cause anxiety and concern in certain men, as the noticeable change raises the suspicion of underlying health problems.

It is common sense to assume the ejaculation volume declines with age, along with other sexual parameters, including libido and erectile rigidity.

The age-related decline can start in any decade of a man’s life and is generally gradual over five to ten years.

On the other hand, the sudden decline in semen volume is more likely to be associated with certain medical conditions.

Hypogonadism is a medical condition related to the declining levels of testosterone in men. This condition is also regarded as male menopause and well recognised to cause low semen volume.

Hypogonadism is generally associated with symptoms of fatigue, mood swings and low libido.

The other common medical condition causing low ejaculate is diabetes. The destruction of nerves, due to high blood glucose, in the male genitalia can disrupt the ejaculatory mechanism in men, causing retrograde ejaculation.

This occurs when the semen is emitted backwards (into the bladder), instead of forward, into the wide-eyed world.

The incidence of retrograde ejaculation is also a common manifestation of non-diabetic men with low semen volume.

This can occur in men taking prostate and blood pressure medications, such as alpha-blockers.

Other neurological problems, such as multiple sclerosis or spinal cord injuries, can also result in low semen volume.

Neil Armstrong once said: “Mystery creates wonder and wonder is the basis of man’s desire to understand.”

In the mysterious world of sexual health, the level of desire, arousal, rigidity and even emission is generally variable and influenced by multiple factors, namely emotions and love (sometimes lust).

Although science has the ability to outline potential reasons behind the changes, however, such postulations are mainly speculative and difficult to substantiate.

When Dr G is put on the spot to solve the mystery to the missing semen, his response is: “The mysterious world of sex definitely creates wonder, and wonder is also the basis of man to engage in more sex and to fulfill that desire to understand!”

IHH net profit bounce back thanks to patient volume recovery 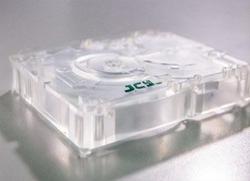