Condom 'too big' or 'too small'

I am a 22-year- old University student and I face a very embarrassing problem.

I started having sexual relationship with several ladies in the college in the last few months. Of course, being a sensible and responsible young man, I am using the condom all the time.

I just dread to think I ended up making someone pregnant or catching nasty diseases from sexual contacts.

Since the first time I started using the condoms, I noticed slippages on several occasions. This really caused a lot a concern for me, as I am absolutely paranoid about catching infections, or God forbids making someone pregnant at this age.

I am sorry to put you on the spot, but is there any specific size condom that I should have tried?

The pharmacist told me condoms in the market are one size fits all. Besides, how do you size your own penis to fit the condoms?

Look forward to your kind response

A recent survey done by Google unearth the search for solutions for condom slippage is a popular item.

The search “condom comes off” will bring about 1.4 million results. While a search for “condom too big” obtained a staggering 3.9 millions searches and “condom too small” only having a comparative 1.2 million queries.

This is a reflection of findings demonstrated by the Sexuality Information and Education Council of the United States (SIECUS).

According to the agency, the reported figures of condoms slippages during sex can be as high as 5.4% of the time.

In a separate study done in India, the Indian Council of Medical research identified up to 20% of condoms fail to work due to ill fittings.

So, does that mean many of us are simply using the wrong sizes?

Of course, the practice of safe sex is rather pointless when the barrier technique fails due to condom slippages.

When the condoms falls off during sex, the protection against infections and unwanted pregnancies is almost non-existence.

With the condom manufacturers traditionally supplying the rubber in a “one size fits all” manner, and only 50% of men are served well with the medium size rubber, no

wonder this has generated an unmet needs for men who are too bashful to shop around for the availability of different sizes.

In reality, a condom should be snugging comfortably in the manhood. If the penis has too much room between the skin and the rubber, this condom is clearly too big and the reverse is obviously important for the condoms not to be too tight to the extent of inducing discomfort or even loosing the vital rigidity.

As many condom manufacturers are waking to the opportunity to serve men with the ignored needs to protect the smaller manhood, there has been a rush of suppliers to let men select the sizes of condoms, without owning up to the neighbourhood pharmacist the true sizes of their assets.

The Malaysian condom company, Karex, which is also the world’s biggest condom manufacturer, had spotted the key area of growth in ecommerce for men to gain access to condoms online.

Apparently, the company had rolled out 66 sizes of custom fit condoms that will not be available on the high street retailers.

I guess coming from the supplier of 5 billion condoms to men in 120 countries, they know the business of sex well.

Many of the online condoms providers also give out instructions on how measure the exact sizes before the purchasing.

toilet paper to estimate the girth and sizes of different manhood.

When Dr. G was put on the spot for the vital topic of sizing your manhood for the right fit of the condoms, he is clearly pleased the world is taking the issues of safe sex seriously and identifying the potential short falls in some men (No pun intended!).

As the sizes of penis varies tremendously with the state of arousal, temperature and anxiety, it is near impossible to get that accurate measures of the penis for the right fit prior to purchase.

The only advice Dr. G can provide Pang is to try them all (all 66 of them) and hopefully generating great experience of sex along the way. On that note, happy trying! 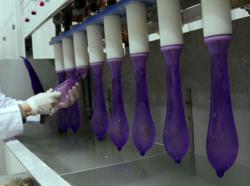 How to choose the right condom size? 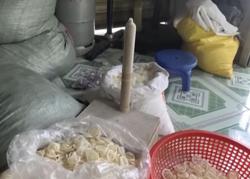