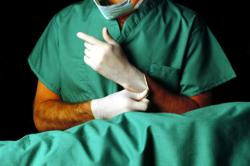 I'm in my early 20s, and I have a question that needs a solution.

I'm uncircumcised and I'm aware of the hygiene and long-term benefits of circumcision.

I recently came across some information regarding a practice called "autocircumcision". Can you elaborate what this is?

From what I understand, this is a situation when the male who is uncut can try to manually retract his foreskin behind the glans to reduce the sensitivity of the head of penis, without requiring any circumcision.

Is it a safe practice to retract the foreskin for 24 hours? Will this result in any unwanted complications such as phimosis or compromised blood flow?

Hate to put Dr G on the spot, but is this a viable alternative to circumcision? Your reply is highly appreciated.

The word circumcision is derived from Latin - circumcidere - meaning “to cut around”.

This is the surgical removal of the foreskin from the human penis, and probably the most practised surgical intervention known to mankind.

Circumcision is a religious ritual that is being practised by Jewish and Muslim families. It is also noted in many aboriginal tribes in Africa and Australia for centuries.

It is estimated that one-third of the world male population has had circumcision.

Although very common in United States and some parts of Africa, circumcision is not so commonly practised for the mass population in Europe, Latin America, South Africa and most of Asia.

Circumcision can also be carried out as a matter of family tradition and personal hygiene.

Although there are well-documented medical benefits of having a circumcised penis, some argue that unnecessary operations had been carried out to prevent infections that are relatively rare in men.

According to medical literature, men with circumcised penis might have the benefit of easier hygiene, as the penis with no foreskin is easier to be cleaned.

This may lead to less urinary tract infection in childhood and sexually transmitted infections such as HIV among adults.

In addition, circumcision is medically necessary for men who face phimosis, where the penis is difficult to retract due to tightness.

Phimosis can lead to pain and inflammation of the penis, making sexual intercourse painful.

Lastly, on medical grounds, many clinicians also advocate circumcision as penile cancer is less observed in men without foreskin, and the prevalence of cervical cancer is less in female sexual partners of circumcised men.

On the other side of the argument, although the World Health Organization (WHO) recommends considering circumcision as part of a comprehensive HIV prevention in sub-Saharan Africa, the health benefits against HIV in developed nations and for men having sex with men are less clear.

The position of the world major medical organisations on the necessity of circumcision is also varied.

The American Academy of Pediatrics (APP) believes the benefits of circumcision outweigh the risks, but does not recommend routine operations for all newborns.

Although the risk has been small, a 2010 review found circumcision performed by medical providers carries a complication rate of 1.5% for babies and 6% in older boys.

The practice of regular retraction of the foreskin and cleaning of the glans penis is generally considered an effective preservation of personal hygiene in boys and men.

Some men request for preputiaplasty (partial cut of the foreskin) or frenuloplasty (division of the tight band linking the foreskin to the glans) as alternatives, however, the practice of “autocircumcision” has gain popularity in recent years.

Contrary to what the name implies, autocircumcision is not some crazy practice of self-mutilation or medical cost-saving exercise of DIY for men who want to get rid of their own foreskin.

This is a practice of retracting and retaining the foreskin in a retracted state at all times to expose the glans penis.

This will make the penis appear like being circumcised, without the drawbacks.

Achieving an autocircumcision is not possible for all, as it requires some “training” and entirely dependent on individuals' penile shape and size, length and the tightness of the foreskin, and tightness of the frenulum.

For men who find the retraction impossible, specific silicone glans rings are available to assist men for the training of retraction.

The practice of autocircumcision seems like harmless and has all the advantages of circumcision without actually having the operation.

However, most men who retract the foreskin and kept it expose will realise the persistent discomfort and irritation of the glans.

Certain men with tight foreskin may also have a complication of paraphimosis - when the glans become completely engorged and swollen.

This will lead to a crisis that will require emergency circumcision to relief the band.

Many questions have been raised over the necessity of circumcision for non-medical purposes.

When Dr G is put on the spot, his answer is - keep it clean, stay away from “naughty activities” that may catch “naughty diseases” and limit sexual partners.