I have an embarrassing problem and I am desperate for answers.

I am 48 years old and have issues with painful penis. Six months following the onset of the problem, I noticed a hard lump appearing in the shaft of my manhood.

What really troubled me was that my penis started curving towards the side.

I am now faced with a bent penis that is almost impossible for intercourse.

I went to see a urologist who diagnosed it as Peyronie’s disease.

He told me this condition is not curable. And because the disease was diagnosed late, even the medicine to treat the condition will be ineffective.

I am very distressed. The thought of someone operating on my penis is simply unbearable!

I am sorry to put Dr G on the spot, but can you please elaborate on Nesbit’s procedure?

How is it done and what are the consequences of the operation?

I am young and upset that I have bent a penis.

I really am desperate, and hope you can  guide me on how to fix a bent penis.

Peyronie’s disease is a well-documented urological condition affecting men. It is characterised by the development of fibrous tissue inside the penis, resulting in pain during erection, and followed by the curvature of the penis.

Occasionally, men may also report the constriction of the penis with the progression of the fibrous tissues. This can lead to an hourglass like appearance of the penis, causing compromised erectile rigidity.

Peyronie’s disease is usually gradual in onset. Most men initially experience pain in the manhood, followed by a hard lump, also called plaque, under the skin of the penis.

When the plaque becomes more consolidated, the curvature of the penis would emerge. The bent can point either upwards or sideways.

Although most of the curvature as a result of Peyronie’s disease is mild, some men experience significant bend of the penis, even as acute as 90 degrees (seriously, complete right angled penis), making sexual intercourse impossible.

The exact prevalence and etiology of Peyronie’s are largely unknown. In one study, it is estimated that 5% of men may have been affected by the condition and the prevalence increases with age.

Although there are some associations of the disease with diabetes or trauma, the identification of the cause will have no impact on the treatment.

The progression of Peyronie’s disease is unpredictable. Some men may have complete resolution of the condition without any intervention; others will have residue scar tissues and curvature of the penis that will cause distress and dissatisfaction.

Many medications have been trialed and tested for the treatment of Peyronie’s disease, however, the efficacy of the treatment has been rather disappointing.

The drugs that have been used for the treatment of Peyronie’s disease include Vitamin E, non steroidal anti-inflammatory and Calcium channel blockers.

Although some success has been reported by researchers, the outcome is generally more favourable when the initiation of the intervention is early.

The commonest operation designed to rectify the bent penis, either as a result of Peyronies or congenital curvature, is called the Nesbit Plication.

This is an operation designed to stich the side of the penis that is not scared so that the curvature can be corrected.

The operation involves “de-gloving” the penis by incising circumferentially around the penis, and pulling back of the outer skin.

This is followed by the identification of the site of the plaque and artificial induction of the erection, by the injection of vessel expanding drugs.

The opposite side of the curved penis is cinched together and stiches are applied to the clinched side to straighten the penis. Naturally, the straightening of the penis will compromise on its original length.

Peyronie’s disease is one of the medical conditions that affect many men with no real scientific explanation of its origin or progression.

As the condition can leave some men “disabled” with a penis that is bent, many men would accept treatment that may not be ideal.

When Dr G is put on the spot, his view is that a shorter manhood is better than a non-functional bent one. On that note, good luck with the Nesbit! 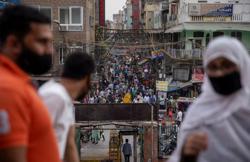