I am sure you were put on the sport over the recent incident in Penang where a man had to endure pain for 12 hours after he got his penis stuck in a ring. The Fire and Rescue Department had to be called to remove the ring.

I hope Dr G can enlighten my queries. First of all, why would men resort to putting a ring on their private parts, and where exactly do they place the object?

Secondly, what sort of sexual pleasure or outcome do men get out of the ring?

Lastly, why were the fire brigade brought in? Wouldn't the ring extraction itself hurt the manhood?

I am really curious. Once again I am sorry for putting you on the spot, and I look forward to your answers.

The use of the penile ring has been historically documented in the Greek empire and the Jin dynasty.

It grew popularity in the Song and Ming dynasty, as they were made from jade, ivory and animal skin for middle-aged men who suffered erectile dysfunction.

However, in the Victorian era, the use of the penile ring was completely for the opposite reason.

The ring was primarily used to reduce the urges of erection, as it was believed the device would cause discomfort and dampen sexual desires.

In the modern era, the use of penile rings as sex toys only gain momentum in the 1960s.

The vacuum pump devices were introduced for the first time, aiming to channel blood into the corpus cavernosum.

As the excess blood is diverted to the erectile tissues of the penis, the ring would be applied to the base of the shaft, allowing blood to flow into the penis and trapped to enhance the erectile rigidity.

Although the treatment of erectile dysfunction has progressed significantly in the last four decades, the use of the penile ring still remains popular among the enthusiasts.

Recent studies have shown that men, even without the issue of erectile dysfunction, would apply the ring to their private parts in order to provide pleasure beyond the usual climax.

Some users reported sensations of tightness and extreme engorgement to prolong sexual pleasure.

Believe it or not, in the 21st century, the ring can even be vibrating to enhance the sexual enjoyment of the wearers and their partners.

The flexible rings are commonly made of stretchy material such as rubber, silicone or animal skin providing instant tourniquet effect and trap the blood.

The rigid rings are usually applied differently. As the device is made from hard material such as metal, jade or ivory, they are slid over a semi-flaccid penis with the aid of lubricating gel.

In the same way, the rings are to be removed upon reaching ejaculation.

The scientific research has outlined the danger of using the penile ring for a prolonged period of time.

This is usually estimated to be less than 60 minutes. When the erect penis begins to feel numb and painful, it usually signals an early onset of a medical emergency called priapism.

During this process, the non-oxygenated blood continues to be trapped in the erectile tissues, causing cell death.

A prolonged scenario like this can result in gangrenous penis that can end up being amputated.

Many wearers of penile rings would have managed to remove the entrapped rings themselves, with a bit of lubrication and force avoiding the embarrassment of the manipulation (and interrogation) of a third party in the hospital.

However, when the engorged manhood is “too big to handle”, the inevitable visit to the emergency department is unavoidable.

In the normal circumstances, an experienced healthcare provider (preferably male) would be able to extract the ring with careful manipulation.

In the event of failure of extraction, a large needle (I really mean large) would be inserted to the engorged organ to aspirate the blood.

This aims to deflate the swelling to allow easy maneuver and removal of the ring.

In rare circumstances, when all fails, the ring cutter would be roped in to provide immediate relief.

Although it would have been amusing to read the headline, “the powerful bomba cutter to save the chopper", the reality is that some men do not recover from the former glory of their sexual functions after the trauma.

The prolonged necrosis of the penis tissue oftentimes result in severe loss of sensation, erectile dysfunction and in severe cases, even the amputation of the manhood.

Dr G's  advice for men tempted to be the “Lord of the Penile Ring” for the first time is to go soft with plastic ones, before "graduating" to the metallic rings. 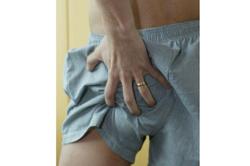 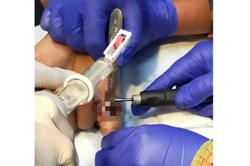