Social media has been both a boon and a bane. On one hand, it has democratised information, connected billions of people, allowed people to create awareness on current issues, allowed government and agencies to reach out to the people and even made education more accessible.

However, there is also a flip side. Social media has allowed tawdry characters to create incognito accounts to troll and incite. It has also opened the door for hackers, fraudsters and scammers to cheat people.

Trolling and cyberbullying have driven people to suicide. According to a research by Sameer Hinduja and Justin Patchin, about 34% of the students in the United States report experiencing cyberbullying during their lifetime.

I believe the statistics in Malaysia could be similar even though there has been no comprehensive study that I know of personally.

An article published in Time Magazine on Aug 18, 2016, cited a Pew Research Center survey two years ago which found that 70% of 18-to-24-year-olds who use the Internet had experienced harassment, and 26% of women said they'd been stalked online.

This is exactly what trolls want. A 2014 study published in the psychology journal Personality and Individual Differences found that approximately 5% of Internet users who self-identified as trolls scored extremely high in the dark tetrad of personality traits: narcissism, psychopathy, Machiavellianism and, especially, sadism.

Beyond cyberbullying, social media has also been used as a platform to defame and destroy reputations. Many, especially those in public life, have fallen victims to such attempts and by the time the truth comes out, the damage is irreparable.

In Malaysia, social media has also been abused and given rise to many scams. It has also been used to harass individuals, especially women, who are often coerced by "friends" online to share intimate photos and information which in turn, used as a means to extort money from these unwitting women.

Also, in politics, social media has become a platform to spread false or fake news and even disparage leaders, and in most cases, action cannot be taken because of the lack of legal procedures.

Is it time to regulate social media? I know for many, this will be seen as an attempt by elected governments to silence dissent or even disallow detractors from criticising them, but we have to accept that there seems to be no other way.

There is no absolute freedom. As a society, we value the freedom of speech. People should be allowed to speak freely and without fear of official sanction. But we are also a society that respects each other and free speech should not be used as a means to degrade one another.

A person's right to free speech must be balanced against another's right to privacy. This was exactly what happened in the case of Tyler Clementi.

On Sept 19, 2010, Clementi's roommate, Dharun Ravi, used a webcam on his dorm-room computer and his hallmate Molly Wei's computer to view Clementi kissing another man without his knowledge.

Clementi eventually found out, after Ravi posted about the webcam incident on Twitter. Two days later, Ravi urged friends and Twitter followers to watch via his webcam a second tryst between Clementi and his friend, though the viewing never occurred.

Clementi killed himself by jumping off a bridge. Ravi and Molly were both charged with invasion of privacy and both pleaded guilty.

The rights we are given are not solely given to us, they are also given to others. Our freedom cannot scuttle the freedom of others as in the case of Clementi.

If what a person say destroys the dignity or integrity of another, then I must say one has overstepped his or her boundary, and the law must step in to curb the problem.

In Malaysia, changes have been made to the Evidence Act and the Criminal Procedure Code to promote greater responsibility while surfing the Internet, but I believe this alone will not cut it.

China has an extensive Internet monitoring system that is too Orwellian for me and now Thailand wants to move in that direction using the country's strict lese majeste laws as a basis.

I, for one, believe that the Malaysian approach has been more balanced and measured. But beyond state actions, I also believe that Facebook, Twitter, Instagram and other social media outlets, must practise self-regulation and filter content that is defamatory or amounts to cyberbullying or trolling.

Users who abuse the Internet must be banned not only by the social media outlet concerned, but by others as well. If one misuses Facebook, then Twitter too must ban that individual.

Also, the phenomenon of fake news and foreign hacking (like in the US Presidential election), clearly calls for stronger safeguards against such attempts, which are a threat to our democratic traditions.

It is important for all stakeholders to work together to combat social media abuse and the sooner it is done, the better it will be for all of us.

The Internet has been a wonderful tool and platform that has done so much to bring us closer, but I do hope that it is not undone by those who abuse it to achieve nefarious ends. 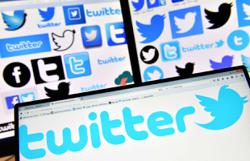