IN the past year, we have witnessed political, social, economic and cultural upheaval with a common thread being a push back against immigration and more specifically minorities in countries that have long termed themselves liberal democracies.

Immigration and minorities in these countries have been blamed for social problems, weighing down on the healthcare and social safety systems, taking away jobs from natives.

The Brexit vote was driven by a visceral fear of immigration and its effects on British society.

?The European Union (EU) was seen as a facilitator of immigration and part of the problem and not solution. ?Despite floundering in its approach to Brexit negotiations, most British politicians agree that the Europe Union’s coveted four freedoms which include the free movement of people cannot be part of any future Brexit deal.?

In short, Britain has said that it wants to have total control over its borders.?

According to a poll by Ipsos-Mori on 23rd June 2016 (before the Brexit Vote), immigration was the number one concern of British voters followed by the National Health Service or NHS.

In fact, many EU migrants pay taxes in the United Kingdom (UK) and contribute significantly to the British economy. Since 2010, 1 million more Brits are in work compared with 850,000 EU migrants hence the claim that migrants are “stealing” the jobs of natives is entirely incorrect.

And more than 60% of new migrants from western and southern Europe, who account for 900,000 of the 2 million who work In the UK, are now university graduates. For eastern Europeans, 25% are graduates – similar to the proportion in the UK-born workforce.

Donald Trump was elected as President of the United States with the lowest African-American and Hispanic support in 40 years. It was a “white” push-back as some have termed it. In the run up to the election, he pledged to almost exclusively exclude Muslims from traveling to the USA, build a wall on the Mexican border and hinted that crimes (especially the most heinous nature) are committed by immigrants.

Despite statistics indicating the contrary, incendiary rhetoric and the use of migrants and minorities as a common bogeyman is gaining much traction.

?It is an emotionally intelligent approach being employed by opportunistic politicians because it resonates with the electorate despite the absence of nuanced consideration or empirical evidence. ?

Europe could see further far-right governments with Marine Le-Pen in France and Gert Wilders in Holland in pole position. The Alternative for Germany (AFD) is expected to wins seats in the German Federal Parliament and for the first time since World War 2, a far right party will be represented in the Bundestag.

Australia has put the brakes on immigration and infamous One Nation party leader, Pauline Hanson who is a virulent critic of immigration, has made a comeback in the Australian Senate

So as Malaysians look for seemingly greener pastures in Europe, Australia and the US we must ask the question are we welcomed?

What these countries forget is that minorities matters. In fact Asian countries despite being criticised by western so-called liberal democracies have led the way on integration and respect for minorities.

India, which has a Hindu population of just over 80% has had a Sikh as President, Prime Minister and Chief Justice even though Sikhs only constitute 1.72% of India total population. But the Sikhs are estimated to contribute close to 33% of all income tax in India.

Sri Lanka’s Malays make up 0.20% of the total population but some of them have been very successful in the military, politics and sports. Brigadier T S B Sally was Chief of Staff of the Sri Lanka Army and Fazil Marija is the Captain of the Sri Lanka national rugby union team.

Despite having the largest number of Chinese outside China, Indonesia’s Chinese population is only estimated to be between 10 to 12 million out of Indonesia’s 240 million strong populations.

Despite the recent trial of Ahok, the popular ethnic Chinese governor of Jakarta for blasphemy, it was heartening to note that an equal number of pro-Ahok supporters rallied as well which is proof that despite obvious nativists instincts of his detractors there an equal or even large number that support him and believe minorities matter in Indonesia.

I remember reading many rave reviews (including some by Malaysians) of Justin Trudeau, the Canadian Prime Minister, after he unveiled his Cabinet in 2015 which included a number of Sikhs, Afghan and African immigrants.

However, Malaysia has had minority representation in its Cabinet since independence and if anything we are the progenitors of power sharing between various communities.

Tun Tan Siew Sin was Minister of Finance when African-Americans were still subject to the nefarious Jim Crow laws in the USA.

Minorities matter because they enrich every society with their food, culture, history, language and values. So as countries that were seen as paragons of democracy and openness retreat into their shells and seek to blame immigration and minorities for their ills, Asia stands as a vanguard of multiculturalism?.

?Malaysia in particular has a lot to ?be proud of despite the occasional challenges we face in sustaining a plural society because there are enough of us willing to work together and ensure that our diversity remains our most enduring trait. In this respect, Europe and the USA can learn from us? and ensure minorities continue to matter.? 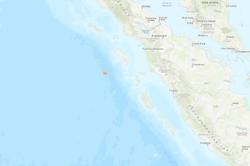