The Jamaicans are back

After a hiatus of 12 years, the Jamaican bobsled team are back in the Winter Olympics! This time, they will be competing in Sochi, Russia.

Jamaica is known more for musician Bob Marley and sprint king Usain Bolt. But their bobsled team are pretty legendary and will hog the headlines in Sochi for sure.

In fact, I believe the organisers will be hoping that the Jamaicans take some attention off the problems faced by the resort city in hosting this big event.

The funniest story I have seen on the Sochi Olympics is one by the Daily Mail highlighting complaints by journalists on their accommodation.

Unfinished construction, water that looks like beer, broken lifts, upside down urinals and two bowls in the same toilet were just among the things some journalists pointed out.

Then there were other puzzling things such as walkways with no manhole covers, many stray dogs wandering around and a lady even spraying sand green so it looked like grass!

This is puzzling as more than RM150bil was poured into the games, going over the budget by an estimated four times. 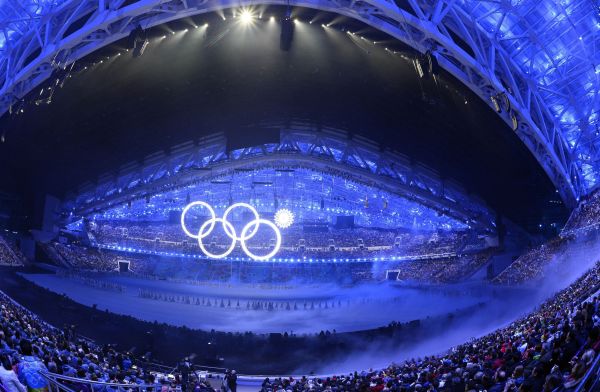 Four of the five Olympic rings are seen during the opening ceremony of the Sochi Winter Olympics at the Fisht Olympic Stadium on Feb 7, 2014 in Sochi. - AFP pix

There will be other things to look forward to such as the expected protests against the human rights situation in Russia, especially from the LGBT community around the world.

Russia passed a new law last year, which slaps fines on anyone deemed to engage in "propaganda of non-traditional sexual relations.”

Even Google dissed Russia with a rainbow-coloured doodle, which appears on every country's version of Google, including the Russian homepage. (The rainbow colours are synonymous with LGBT rights).

Underneath the doodle reads a quote from the Olympic charter - "The practice of sport is a human right. Every individual must have the possibility of practicing sport, without discrimination of any kind and in the Olympic spirit, which requires mutual understanding with a spirit of friendship, solidarity and fair play."

Germany came up with rainbow-coloured suits, although they claimed that it didn’t have anything to do with LGBT protests.

Some have suggested holding hands with athletes of the same sex during the games, or holding up six fingers, or even wearing rainbow-coloured accessories. It’s going to be a lot of fun for sure.

The opening ceremony was more or less flawless, except one bit where the usual five Olympics rings were reduced to four when one failed to light up! A stray dog also ran into the stadium during the ceremony.

But back to the games proper and the fun-loving Jamaicans! They made history back in 1988, when the bobsled team from the tropical nation qualified for the Calgary Olympics in Canada.

This “achievement” inspired the movie Cool Runnings, a hit in its own right.

They will have their own bobsled this time, although their equipment arrived a few days late.

Let’s hope that the underdogs triumph in Sochi – on and off the ice!