Euthanasia is not the answer

THEY are cute, fluffy, and very adorable. Koalas are one of Australia’s national icons, and animal lovers were outraged over the news of Australian authorities euthanising close to 700 koalas near Melbourne.

The reason? Overpopulation that resulted in several koalas starving.

It breaks the heart to know that many koalas were being put down, but the reality of what koalas in Cape Otway face is just as bleak.

A report by The Australian news portal, revealed that up to 8,000 koalas are crammed into Cape Otway woodlands, where koala densities are up to 11 per hectare.

Due to the high population of koalas in the area, the poor creatures are running out of eucalyptus leaves to eat.

Victorian Environment Minister Lisa Neville confirmed that 686 koalas were killed in covert euthanasia operations in 2013 and 2014.

The euthanasia team would capture koalas in trees or by the road, the animals were then sedated and assessed by veterinarians.

According to The Australian, any healthy females that were released were treated with fertility control hormone implants.

Neville was quoted as saying (in an ABC article) that she did not want the koalas to suffer, and that she sought advice from experts.

"It is clear it's an overpopulation issue and it is clear that we have had koalas suffer in that Cape Otway area because of ill health and starvation," she said, adding that a special koala management programme would be put in place.

"That's just not good enough and that's a terrible way to treat koalas. I want to make sure that we're taking the best action we can in this terrible situation of overpopulation. 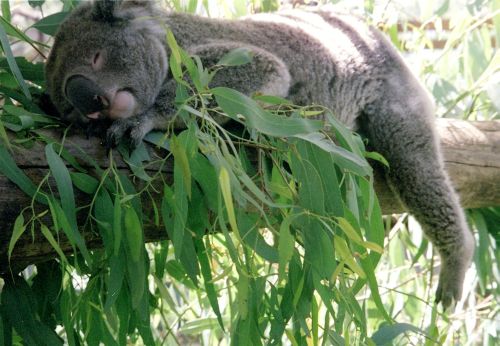 File pix of Australia's koala. Animal lovers are outraged over the news of Australian authorities euthanising close to 700 koalas near Melbourne.

Many netizens openly asked why the koalas weren’t relocated instead. Neville answered that question by saying: "Experience suggests that moving these koalas does not work and that can in fact cause even greater suffering.”

But despite the culling, overpopulation remains to be a problem in the area.

"(The number) continues to increase and that's why we need to have a look at a koala management strategy to see whether we can reduce that population growth which continues at a very fast pace," said Neville.

The Australian government argue that they are treating the koalas humanely, to “stop their suffering”.

But the fact that this operation was carried out secretly, makes me wonder if the government had something to hide.

If the government had noble intentions and believed that they were helping the koalas, they should have made their plans public.

They must have realised that putting down many of the country’s beloved animal would raise questions about their operations.

However, Neville did promise to be "transparent" with the Victorian community about any action taken to deal with the problem in future.

Although I condone the killing of so many koalas, I believe that we also have to consider the dire situation in the Cape Otway area.

The thought of hundreds of koalas starving to death saddens me. And in severe cases, death would be a release from the suffering.

But I wonder if the authorities exhausted all their options. Why didn’t they supply the starving koalas with more food stock instead? Why weren’t more eucalyptus trees planted?

I believe that euthanasia should only be carried out as a last resort. Lives should not be taken away so carelessly.

>  The views expressed are entirely the writer's own.