A passion for rescuing animals in need

FOR two young women, a childhood dream of rescuing animals led them to form a non-governmental organisation with a goal to take their passion to the next level.

Banu Jothimalarr and Vidhya Pulainthiran, both 24 years of age, met while volunteering with another independent rescuer and became fast friends.

They set up their own NGO in June this year.

“The Malaysian Abused Animals Welfare and Rescue (Maawar) was founded to bring together and give support to independent rescuers,” Banu told The Star Online. 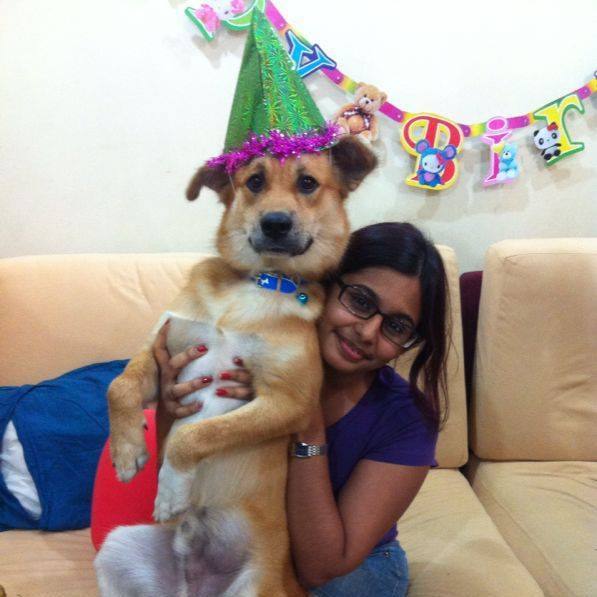 
“There’s only so much you can do as an individual. But together as a group, we can collectively make Malaysia a better place for animals. That is our goal,” she said.

The two women’s passion for helping animals started when they were still children, and has only grown with age.

“I started rescuing animals when I was 11, I would take all the dogs and cats home to feed and take care of them, then they would leave as they pleased,” said Banu.

“When I was in university, I started taking rescuing seriously and would travel out to rescue animals based on reports and calls,” she said.

Vidhya said that she too rescued animals during her school days: “I rescued dogs, cats, frogs, even snakes!” 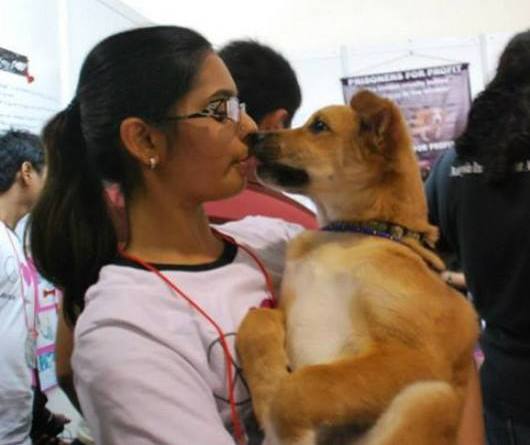 Vidhya shares a kiss with one of her rescue dogs Brownie.


Banu, who is currently working at a humanitarian organisation that helps refugees, said that with a fulltime job it was hard to drop everything and rescue a dog in need, for example.

“But between the two of us, and other independent rescuers, we can rescue more animals,” she said.

Vidhya who has a nursing background, also uses her knowledge to treat minor injuries and dress wounds.

“I make sure that all the strays in my housing area and temple are in good shape,” she said.

She now works in an engineering company, and she says her employers are “very understanding” about her animal rescuing duties.

But Vidhya admits that not everybody appreciates her and Banu’s passion for animal rescue.

“Many people believe that humans come first, and that we should be helping humans instead.

“I disagree. I help animals because they can’t fend for themselves. They don’t have a voice,” she said. 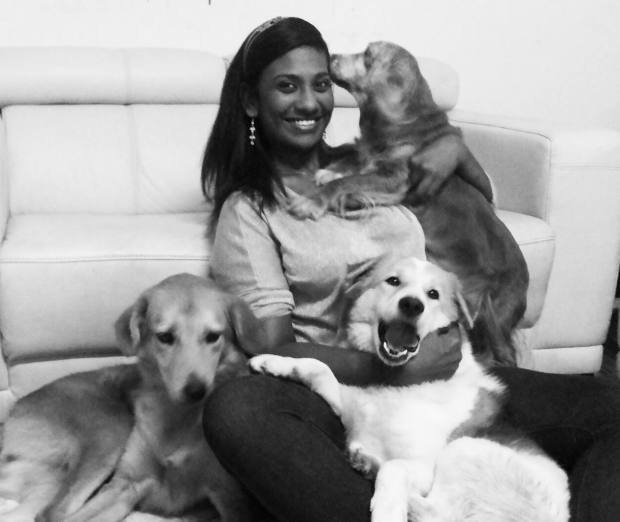 Banu poses with her ‘furkids'.


Banu added that dogs, for example, are misunderstood. Dogs, she said, do not attack without reason. Most of the time, they attack because they’d been abused or because they were in a hostile environment.

“The reality is that people are abusing animals, and the dogs are conditioned to fight back and defend themselves, and people in return think it’s okay to continue their abuse. When kids see their parents abuse animals, they believe it’s okay. It’s a vicious cycle,” explained Banu.

Vidhya said that she often gets calls about critically injured dogs, and that a few of theses do not make it.

“There have been cases where the dogs have died. That is the hardest part of what we do,” she said.

“Two have died in my car on the way to the vet, and another dog died before I got to it.

“Sometimes people post the alert too late. They don’t rescue the dog themselves, and they don’t share the posting straightaway. By the time someone gets to the dog it’s too late,” said Vidhya.

This is the reason Vidhya and Banu are holding a fundraiser and adoption drive called “Pennies For Paws” on Nov 16 to raise awareness on the problem of strays and animal abuse.

“We want to raise awareness on how to handle dogs, how to approach them, and what you can do to help them,” said Banu.

The money raised will be channelled to purchasing a proper animal shelter.

“We are right now operating out of our homes. Space and money are problems. So having funds to manage the animals properly would be a huge help,” said Banu.

“We sometimes get calls every day, and sometimes it’s once a week. But there’s only so much we can do. We have a full-time jobs, our own fur-kids to worry about and our families,” she said.

The two women said that between work, family commitments, and animal rescuing, they hardly have time for themselves.

They fondly recalled a hectic period when they went without sleep for 48 hours and without food for 36 hours just so they could neuter all their rescue dogs.

“We can laugh about it now, but it was really crazy. It was a lot harder than we thought it would be,” said Banu, adding that she hoped the process would be smoother with a proper shelter and with more volunteers.

“Maddox, one of my rescues, had a really bad maggot wound that needed treatment. His medical bill was close to RM5000,” said Vidhya.

But despite the challenges, both Vidhya and Banu say that what they do is worth it.

They said the organisation’s upcoming fundraiser and adoption drive will allow the public a chance to make a difference in an animal’s life.

“We will have around 30 dogs and cats up for adoption. I hope that the public will help find them a loving home,” said Banu.

Even if you are not keen to adopt a pet, you can still contribute to Maawar by purchasing homecooked food and handmade items at the event.

> The Pennies For Paws fundraiser and adoption drive will be held on Nov16 from 8am to 6pm at Sathya Sai Primary School. For more information on the event visit the event page here.

> If you’re interested in adopting an animal or if you have rescues up for adoption, contact Malaysian Abused Animals Welfare and Rescue (Maawar) at their Facebook page.