ALONG a pristine beach, with waves lapping on golden sand and the warm sun shining down, lay a rotting carcass of a dead turtle.
Turtles are endangered, but this is not the first time a dead turtle has washed-up to shore for unsuspecting beachgoers to stumble across.
Mona Tan was one unfortunate beachgoer to come across a dead turtle during a trip to Teluk Bidara, Dungun, Terengganu, with her friends.
“When my friends and I first arrived at the beach, we were met by a family from Johor who were the ones that spotted the dead turtle and alerted us,” said Tan.
Tan described the sight as “heart wrenching” - the turtle’s body was already severely decomposed.
“The turtle’s intestines were showing, its body was bloated, and there was a stench,” said Tan.

“At first glance, it looked like the turtle had died due to getting its head caught in a plastic bag. “But upon closer inspection, we realized that there was no plastic bag on the turtle’s head, but rather its head became so rotten that there wasn’t any flesh left. With only the turtle’s skin remaining, it looked very plastic-like,” she said.
Tan said that there was a string around the turtle's neck which was attached to a rock, leading her to believe that it caused the turtle to drown.
“My friends and I were sad but we didn’t know what else we could do except to take a picture to show everyone what cruelty is going on in the Land of Turtles,” said Tan.
Tan expressed her distress that the encounter with the endangered turtle came after it had died.
“It is sad that we are doing so little to protect what we have,” she said.
Did you know that despite many populations of marine turtles being on the brink of extinction, several are still killed or are in danger of dying?

The natural obstacles faced by young and adult turtles are staggering, but it is the increasing threats caused by humans that are driving them to extinction. 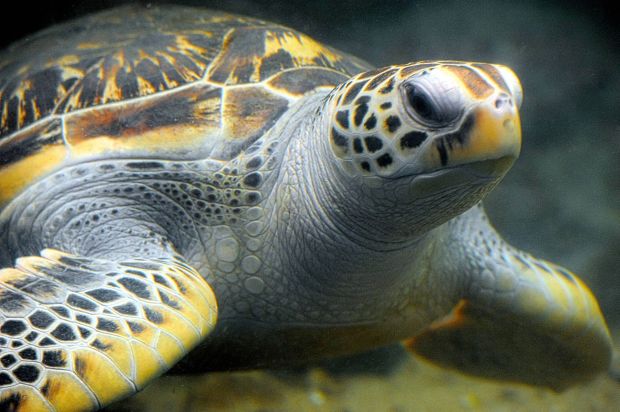 One of the main causes of concern is the harvesting of turtle eggs for consumption, ending the life of a turtle even before it begins.

World Wildlife Fund (WWF) Malaysia communications officer Nadiah Rosli said that having turtles stranded offshore is pretty much an “open secret”.
“Terengganu is currently home to one of the largest Green Turtle populations in Peninsular Malaysia, but they are under threat,” said Nadiah.
Nadiah said she has come across several cases where fishermen would kill turtles which get caught in their nets.
“Many fishermen would resort to killing the turtle, getting it out of the nets and dumping it in the sea, so that they can fix their nets,” she said. 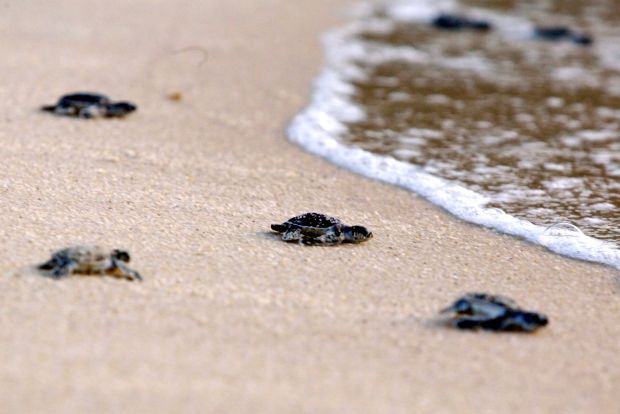 Baby green turtles making their way back to the sea.

“I saw a turtle in Malacca which got its flipper cut off, we saved it, but we hope that it will survive,” she said.

It is an unfortunate reality to know that the turtle populations in Malaysia is decreasing, and at this rate we risk losing the species forever.
According to WWF, records from 1984-2008 showed a 99.9% decline of Leatherbacks, 100% for Olive Ridleys, 70% for Hawksbills and more than 60% for the Green Turtles.
The statistic is staggering but our Federal Government is still not implementing the laws we need to further protect this species.
"We are still pushing for a Federal ban on the consumption and sale of turtle eggs,” said Nadiah.
“At present, there is no national ban on the consumption of turtle eggs, with only the sale of Leatherback Turtle eggs banned in Terengganu while the eggs of other turtle species can be consumed and traded.
“We submitted a memorandum in 2010, but we received no response. Sabah and Sarawak have already issued a ban on the sale and consumption of turtle eggs, which is great.
"But we are still advocating for the law to be implemented here in Peninsula Malaysia,” she added.
Thankfully, there are organisations like WWF which are raising awareness on the plight of the turtles through public programmes.
With World Sea Turtle Day coming up on June 16, WWF will be celebrating this day by raising awareness on the need to protect this endangered species in a two-day roadshow in Terengganu on June 21 and 22.
WWF will be travelling to several towns starting from Setiu (the northern tip of Terengganu), to Cukai (the southern tip of the state).
“One of the key messages communicated at these outreach programmes is to not sell, buy or eat turtle eggs,” said Nadiah.
“We want to raise awareness on the protection of turtles as a whole. We need to protect their nesting beaches and to prevent unplanned development from encroaching their territory,” she added.
This species is not only the icon and pride of Terengganu but also a significant natural and cultural heritage for the state.
Nadiah urged the public to develop a sense of ownership for this species.
“Turtles are an icon to our country, it’s no point to hail them as the state animal of Terengganu or put them on our RM20 note if they are going to go extinct.
“We should be proud to have this species in Malaysia, and we should do more to protect them,” she said.
Turtles are well known animals, almost everyone would know how one looks like. But how many know the danger turtles are in? How many people realise that if we do not do anything, turtles are going to become extinct?
There is room for a lot more awareness programmes and conservation projects in Malaysia. But I believe that the Federal Government should take the first step by implementing the necessary laws to protect the species.
So let us all work towards the protection of this species before the only turtles we see are on pictures and our RM20 notes.
What are your thoughts on turtle conservation in Malaysia? Share your thoughts in the comment section below.
For more information on WWF’s World Sea Turtle Day Celebration roadshow in Terengganu on June 21 and 22, keep an eye out their website http://www.wwf.org.my/ and Facebook page (https://www.facebook.com/wwfmy).
Article type: metered
User Type: anonymous web
User Status:
Campaign ID: 18
Cxense type: free
User access status: 3 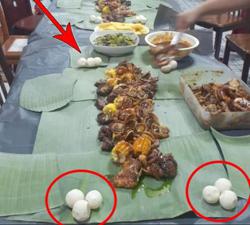