When your beloved pet disappears, it can be as traumatic as a death.

You feed him, you coddle him, and he sometimes keeps you up at night. He also slobbers and licks you affectionately for your years of servitude.
When you bring a pet into your life, he becomes part of the family. He is your buddy, your companion, your baby, and sometimes you may catch yourself spilling your heart out to a furry creature that just looks up at you soundlessly (or walks away).

Most pet lovers are very attached to their pets. Now imagine the sheer panic they go through when they realize that their beloved pet has gone missing.

This week, I have decided to discuss the trauma of having a pet go missing. 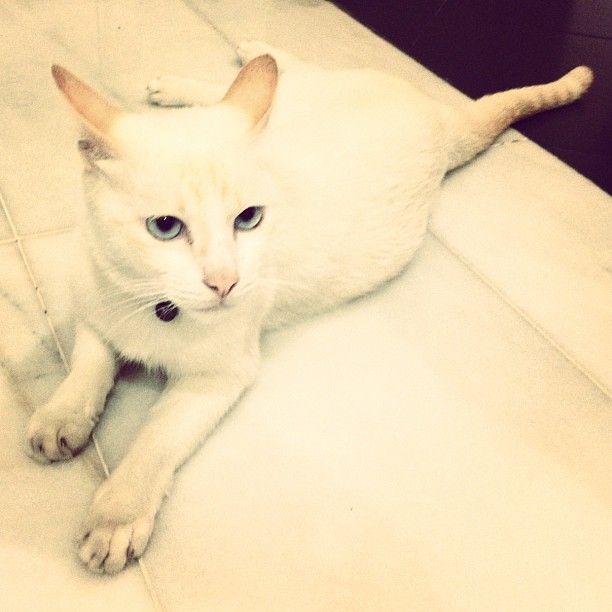 The first story that popped into my mind was when my uncle and aunt lost their two Beagles named Buddy and Bebe in 2008.

“Buddy and Bebe decided to go exploring after we accidentally left the gate open. We only realised that they were gone three to four hours later,” said my Aunty Diana.

“We printed 500 posters and distributed them to all the vets and neighbouring houses,” said Uncle Edward.
“We walked around almost the whole of Petaling Jaya looking for them,” he said.
On the third day of their dogs going missing, they finally got a call from someone who saw them.
“Apparently they spent quite some time at Assunta hospital, and then a Sister from the church next door tried to take them in but couldn’t. So they ended up staying in an old folks home nearby,” she said.
“When we went to get them, it was nice to see that they were entertaining and keeping all the old folks company. They were well looked after and well fed. We were very lucky,” said Diana.
However, during their search for their dogs, they heard some scary stories.
“I was told that I may never find my dogs because there was construction going on nearby and they were said to eat stray dogs. I went home and started crying the whole night,” said Diana.
“We were also told not to put too much money as a reward or people would con you,” she added.
“We were scared that they may have been eaten or caught by the dog catchers or hit by cars or got stuck in the drain,” said Edward.
“But people were actually quite helpful. They wanted to help,” he said.
After their scary experience, my uncle and aunty attached their contact details to all their dogs in case they go missing again, and advises all pet owners to do the same.
I don’t know what would have happened if we didn’t find Buddy and Bebe, but I am thankful that both dogs were okay at the end of their great adventure!
However, my friend Bernardine Chiew didn’t have a happy ending to her story.
She had a 7-year-old white cat with baby blue eyes named Kitty: “He was not stolen, nor did he die peacefully at an animal hospital. Instead, he ran away from home and found shelter somewhere else to die alone.”
This is quite normal for cats to run away and hide when they’re very sick or dying because they feel vulnerable and it’s in their instincts to seek refuge.
“I realized that Kitty was gone after I spent days looking for him around the entire neighbourhood and the fact that he was very ill when he went missing gave me a feeling that he would not be coming home any more,” said Bernardine.
“I was extremely heartbroken, and I would cry for hours in a day, wondering where he could have been and just hanging onto a thread of hope that he would eventually come back,” she said.
She was right, Kitty never did come home and she never saw him again. In fact, days after Kitty went missing her neighbour called Bernardine’s mother to tell her that Kitty was dead.
“My neighbour said that when she was driving her car out in the afternoon, she smelled a foul odor coming out from her car’s air condition and brought it into a car workshop to get it checked out,” said Bernardine.
“They found a corpse of a white cat underneath the car’s engine bay. My neighbour automatically knew that it was Kitty. So, I suppose this was our only closure to Kitty’s sudden and tragic death,” she said.
“The fact that his body was found mangled and badly decomposed, the thought of it was enough to bring tears to my eyes,” said Bernardine, adding that she wasn’t able to give Kitty a proper burial.
Bernardine advised all pet owners to monitor their pets closely, and if there are is abnormal behaviour it is best to pay a visit to the vet. It may be a symptom of a serious disease or illness.
Another pet lover, Cathy Thong shares that pets also risk being stolen from your home. She tells me about her experiences in losing her two tortoises in eight years ago.
“My tortoises live indoors and are land tortoises. And every time when I’m home I always let them go outside to walk around in a fenced up area,” said Cathy.
But that day, when she came back to check on her two tortoises they were gone.
“I was so worried! For two years they have been walking around and there hadn't been an incident,” said Cathy.
Cathy walked around her neighbourhood and handed out flyers with her tortoise's photos on it. She even stopped to ask children in the park if they have seen her tortoises.
But after two days she received a call at work from a little girl saying that she found Cathy’s tortoises.
“I drove over to the house immediately and they showed me my two tortoises in a small pail with water, and one on top of the other,” said Cathy.
“They’re land tortoises, so they could have died if they stayed like that longer. But I was just so thankful that I got them back,” she said.
She said that the children that called her were one of the few she approached in the park the day before and told her that they didn’t see her tortoises. She suspects that they took them from her yard.
I asked her how the whole experience affected her.
“I stopped eating, I hardly slept, I could barely work… The worst thing is not knowing what has happened to them,” said Cathy.
“If you see a dead body, you will be shocked and upset but at least you get closure. But not having any news is the worst thing. I constantly wondered if they were being tortured, or if they are getting any food,” she said.