It has been scorching hot in the last few days. I must say I don't remember ever having endured such hot weather in Malaysia before.

Stuck in the KL traffic, while reading the thermometer in my car speedometer at a 38 degree Celsius shocked me.

I wonder how long can a body take such heat before a melting point.

The press blamed the El Niño phenomenon. Apparently this is a warm phase of the southern oscillation and is associated with a band of warm ocean water that develops in the central and east central equatorial Pacific, which resulted in the global changes in the temperature and rainfall.

The 33rd president of the United States, Harry Truman, who served as the President during the final months of World War II, hence making the decision to drop the atomic bomb on Hiroshima and Nagasaki famously said: “If you can’t take the heat. Get out of the kitchen.”

With that in mind, we assess whether the male sexual organs can take the heat, before it reaches a melting point.

We also address a reader’s concerns about the effect of the heat in the pants in this hot weather.


My name is James. I am 36 years old. My wife, who is also same age as me, and I have been married for more than four years. We have regular sexual intercourse, but sadly no baby.

We have been to see a specialist, who had given the all cleared to my wife. I was asked to do a semen analysis, and was noted that my sperm count was low.

Can you please tell me what constitute low sperm count? Can the recent hot weather cause my low count? What else can result in such low count?

Thanks in advance for the answers.


The World Health Organization (WHO) had published data revealing one in 10 modern couples faces the problems of infertility. This is defined as no conception despite active sexual intercourse for more than one year.

Although infertility was thought to be female related in the past, recent data had revealed nearly 40% of childless issues are male factor in origin.

According to WHO, the sperm count of less than 15 million per milliliter is considered at risk of male factor infertility. Many lifestyle factors can result in low sperm count or oligospermia, one of the main causes of this infertility is excessive heat in the scrotum.

The testicles of men, migrate to the scrotal sac in-utero, away from the abdomen is to have the cooling effect from the core body temperature.

The “hanging crown jewels” can achieve two to three degrees lower temperature below the normal 37-degree body temperature.
Research had demonstrated any “scrotal warming” of one degree have the detrimental effect of reducing the sperm count by 40%.

Many studies conducted in sperm counts declines had incriminated the overheating of the testicles as the result of tight underwear, sauna, hot tubs and electric blankets.

Two recent studies also implicated the use of waterbed (so 1970’s, didn't know they still exist) and car seat heaters can also “fry” the gametes in the pants.

One study showed that men who sleeps in the waterbeds are up to four times more likely to suffer from fertility problems than those who prefer a traditional mattress.

Another German study observing the “scrotal warming” effect of 30 healthy men utilised car seat heaters. After an hour in the car seat, ranging from 37.3 to 39.7 degrees. The exposure was noted to have significant impact on the decrease in sperm production.

In addition, the exposure to heat over for an occupation that requires long hours of sitting may also result in permanent impairment of spermatogenesis.

One study revealed that scrotal temperature rise of 2.2 degrees within two hours of driving, even without the car seat heating device. Technically, this should be considered an occupational hazard for taxi and long distance car drivers.

It is interesting that James have some concerns about his prospect of parenthood being jeopardized by global warming. Many may argue such climate change should not have much impact on men’s crown jewels.

On the contrary, a recent study in New Orleans had published data showing semen specimen obtained in the summer months have significantly lower concentrations than samples at other times of the year.

The fact that sperm counts are 30% lower in summer months may indicate seasons for procreation may be in the winter months. This may also indicates that men are more fertile in cooler climates.

Another well-known United States President, Ronald Reagan, once said: “If you can’t make them see the light, make them feel the heat”.
When it relates to global warming, I guess we did not see the lights and now feeling the heat. Nobody can really agree on the consensus of the impact male infertility by “global and scrotal warming”.

In the meantime, Dr. G can only advise men who are trying for a baby in this heat wave to stay cool and stay hanging. 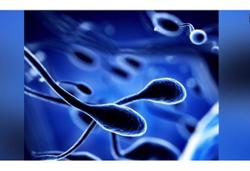