'Pearly' parts in your pants BLAME is a small word with a large burden. According to Oxford dictionary, “blame” is defined as “feel or declaration that someone is responsible for a fault or wrong doing”.

In fact, blame is the act of censuring, holding responsibility, making negative statements about an individual's action that is socially or morally irresponsible.

As humans, we consciously and unconsciously, make judgment about others. The psychological criteria for judging others may be partly ingrained in our minds.

When it comes to sexual health, more specifically the possibility of a sexually transmitted infection, the emotional fear and perhaps the self-guilt often trigger the “blame game”.

John F Kennedy once said: “Let us not seek to fix the blame for the past. Let us accept our own responsibility for the future.” What if something is life is just not blameworthy and no one really is responsible for any wrongdoing?

So this week, we are dealing with the dilemma of a reader’s partner in the quest of finding out the source of the “pearly” parts in the pants.

I'm asking this question on behalf of my husband.

He has these skin problems arising from the glans penis. One general practitioner and a skin specialist examined him and diagnosed the lesion to be Pearly Penile Papules (PPP).

My husband was given antibiotics, steroids and antihistamines by general practitioners initially, which had no impact on the lesion.

He subsequently went to a skin specialist, who told him to stop taking the medications.

The skin specialist indicated that the PPP was transmitted sexually from me. My husband was given some solution and further medications, including antihistamine. The doctor said that the PPP could only heal after three to six months.

I read through some info from a website. It clearly stated that it is not contagious. Am I to be blamed? The website also mentioned that the only solution is through surgery. Is surgery necessary and will it solve the problem?

Dr G, may I have your professional point of view? Thank you so much.

PPP is also known as Hirsuties Coronae Glandis or Hirsutoid papillomas (personally, I like the term pearly penile papules). These are small protuberances that may form on the ridge of the glans human penis. Technically, these are non-pathological as they are harmless smooth pearly dome shaped flesh that most clinicians would consider to be an anatomical variation of the norm.

One study published in 1999 indicated an estimated 8-48% of men have PPP. Other studies also demonstrated that the papules occur more often in younger and uncircumcised men. PPP is found in 33% of uncircumcised men compared to 7% of circumcised males. All the studies seem to indicate the decline in appearance of PPP with advancing age.

The exact cause or the functions of the PPP is completely unknown. It is postulated the papules are the remnants of “penile spines” that are the sensitive protrusions in certain species of primates. With such theory in mind, the PPP may contribute to sexual pleasure and quicker orgasms.

Although PPP is completely non-contagious and even may have a pleasurable function, the flesh-coloured lesion is often considered unsightly, and generates tremendous degree of anxiety when it is confused with sexually transmitted infections such as the human papillomavirus (HPV), herpes or even syphilis. Such anxiety and guilty conscious often bring about finger pointing of wrong doings in relationships.

Of course, when something is aesthetically displeasing, especially arising from the pride and joy of manhood, it cannot be tolerated. One only need to Google PPP to realise that there is no shortage of information and misinformation about this condition and the need to cure. Sadly, many advertised lotions, potions and operations play on men’s insecurities and the need to cure the “disfigurement”.

Many techniques have been described to ablate the PPP. These include carbon dioxide laser to vaporise, electro-surgery to cauterise or even cryosurgery to freeze. I hope you are paying attention here. That is surely mind-blowing excruciations to say the least for the poor penis. The worse part is, most of them will probably recur and the torture begins again.

Albert Einstein once said: “You can’t blame gravity for falling in love.” When it comes to PPP, you really cannot blame anyone or anything for the little bumps. With that, there is definitely no solution required for this variation of the norm.

Dr G has an advice for the millions of men who have PPP on their manhood: “Stop the blame game. Look at the bright side, this variation of the norm may even have the evolutional advantages of pleasure!”

>  The views expressed are entirely the writer’s own. 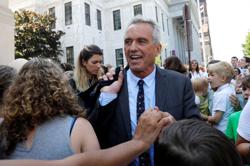