The uncomfortable problem of 'moobs' An unidentified man takes a walk in Washington, DC in this file picture.

ELEANOR Roosevelt, an American politician, diplomat and activist, was the longest serving First Lady of the United States. She once famously said: “With the new day, comes new strength and thoughts.” For me, I begin my day with a double espresso, going through the emails, learning a new word and geting an inspiration in a new quote from famous person.

However, I was completely gobsmacked, when my desktop diary revealed the word of the day is “Kiasu”. Seriously? “Kiasu” is now listed in the Oxford English Dictionary? The word is defined as a noun: A grasping, selfish attitude, or objective as a person who is very anxious not to miss an opportunity and grasping. The origin of the word is described as from Chinese (to be more accurate, from Hokkien) meaning “scared to lose”. The dictionary even provided an example of a sentence: “I should have gone two hours earlier; the kiasu in me is growing”

It is frightful to think of how the expansion of language has become global. Is this the new norm? Whatever next? Imagine words such as “boleh” and “kedekut” appearing in the English dictionary.

Another famous politician from the White House, former president Ronald Reagan also famously said: “The most terrifying words in English Language are: I am from the Government and I am here to help.”

I have learnt another new word from a reader this week. The word is “moobs”, a slang term that is a portmanteau of “man” and “boobs”. I think this word can send the chills down any man’s spine.

My wife and I have an amazing sexual relationship, until recently!

This perhaps coincided with my wife noticing that I have a pair of “moobs”.

I am beginning to also notice my breasts have grown quite significantly compare to the past. I also am aware my friends and colleagues are making fun of me needing a bra.

Don’t get me wrong, I am not the typical man who is obese and deservedly has protruding chests. I work out twice a week and consume a healthy diet. OK, I might be a bit overweight, however, the more I try to lose weight, the more obvious the “moobs” are. My doctor tells me this is called gynecomastia and it is related to hormonal changes. Does that mean I am having male menopause?

I read on the Internet, this might be also a sign of male breast cancer. Seriously? Breast cancer can occur in men?

What are the causes of gynecomastia? Why is this happening to me?

Can I get rid of them with medicine? Or are there surgeries that can rectify the problems.

The moobs are really affecting my self-confidence, and I really hope you can help me.

Gynecomastia is the swelling of the male breast tissues that is a common endocrine disturbance. The hormonal imbalances affect newborns, due to maternal hormones, and up to 70% of adolescent boys during puberty. The gynecomastia can involve one or both breasts (It’s bad enough to have a pair of moobs, image dealing with a one-sided problem) and mostly considered as temporary benign physiological transitions in infants and boys. However, the prevalence in adult males aged 50 to 70 may be persistent, and can affect up to a quarter of men.

The swelling of the male breast tissues can also been seen in genetic disorders such as Klinefelter Syndrome, metabolic syndrome or endocrine cancers that causes the derangement of hormonal status. In older men, gynecomastia is generally associated with the natural decline in testosterone production or the use of certain drugs. These medications include steroids, medications for enlarged prostate, Valium and heart medications such as digoxin. The use of recreational drugs such as alcohol and marijuana are also known to result in abnormal swellings of the breasts tissues in men.

The disturbances in the endocrine system that lead to the increase in estrogen and androgen ratio are thought to be responsible for gynecomastia development. Although gynecomastia is generally not life threatening, the swellings in the chest can cause mild discomfort, emotional embarrassment amongst affected men and heightened anxiety about breast cancer. Breast cancer can indeed affect men too, but this is exceedingly rare.

Most gynecomastia in boys regress naturally and adult men just live with the condition with no complaints. For some men, the enlarged breast can be stressful and humiliating. Needless to say, the boobs can be difficult to hide and challenging in romantic encounters. It can also have significant impact on self-esteem, especially in changing rooms and shirtless on the beach.

There are medications prescribed to tackle gynecomastia on an “off label” basis. These are the same medications utilised for breast cancer such as Tamoxifen. However, the success in breast tissue reduction with the medications is not consistent. Radiation and surgeries, such as liposuction and mastectomy have also been carried out to help men cope. However, the interventions are invasive and may not get the optimal results in many men.

Another giant from the White House, former vice-president Al Gore once said: “I do believe that the political system is not linear. When it reaches the tipping point fashioned by a critical mass of opinion, the slow pace of change we are used to will no longer be the norm. I see a lot of signs that we are moving closer to that tipping point”.

Truthfully, health is also not a linear phenomenon. Our constant exposure to pollutants, pesticides and environmental contaminants surely have an impact on the balance of the hormones. When gynecomastia can affect around a quarter of the older adult population, I guess this can be also considered as a tipping point. However, if Doctor G can accept his engorged chest as a new norm, I guess Mahmud, you can also breathe in, chest out and be proud of your “moobs”! 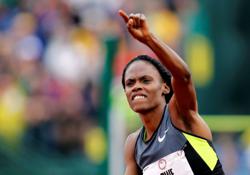