The science of wet dreams

POETRY is a spontaneous overflow of powerful feelings: it takes its origin from emotional recollected tranquillity.”

Powerful words from William Wordsworth, arguably one of the most famous poets in history. Wordsworth is known for launching the Romantic Age in English Literature, something that has undoubtedly consolidated the landscape of languages and cultures in the present day.

I am in two minds about poems. On one hand, I love the romantic notions of an outpouring of sentiment that is intoxicatingly mesmerising. The verses are imprecise, subjective, mysterious and yet charmingly captivating. On the other hand, I would also argue that poetry is irrelevant in the present day. In the era of information, precision and fast facts are the keys to social progress. Is there any room then for the naïve idealism of poetry?

With that in mind, lets address an issue of an “outburst” of a bodily function in a young reader, which draws many similarities to poetry. The “overflow” of emotion is equally spontaneous and powerful, struggling to make sense and find its relevance in advancing age.

I have a problem. I am 22 years old and had a discharge last night! I woke up feeling very sad and upset with myself. Why is this happening to me?

I had these discharges when I was younger and I often thought it was due to stress with exams and school matters. Although, I confess sometimes the discharges were associated with “un-pure” thoughts.

I was so glad that I had not had such discharges in the last two years. But I was devastated when this happened to me again last night.

Why is this happening again? Is this related to any medical condition?

Will this lead to illnesses such as infertility and sexual dysfunction when I get older?

Does this happen to girls?

Is there anything I can do to stop the discharges in the future?

I really hope you can help me.

First of all, I must admit I was rather worried reading the word “discharge” in the email. In my clinic, the discharges I normally deal with are rather unpleasant infections such as Chlamydia or Gonorrhoea. After further interpretations, I made the assumption our young reader was referring “discharges” of an innocent nature, commonly referred as “wet dreams”. Of course, I may be wrong, and we may well be dealing with nasty sexually transmitted organisms. If that is the case, I guess we have to handle the problem on another occasion!

Nocturnal emissions or wet dreams are a biological response, characterised by the spontaneous climax followed by ejaculations during sleep. It is often a misconception that such bodily functions are only confined to boys. I guess it is only fair that nocturnal emissions also occur in girls. For both genders, the experience of orgasm may or may not follow by awakening from sleep, but many boys may sleep through the experience without waking up. Consequently, this makes the study of such physiological responses difficult. In some studies, it is noted the quality of sperms in nocturnal emission specimens had better motility and morphology compared to normal ejaculations (I often wonder why?)

In the 1950s, the Kinsey Institute observed 8% of daily dreams in both genders were of a sexual nature, and only 4% of dreams result in emissions. This is reflected by the fact that 83% of US men reported having wet dreams in their lifetime, and 13% of men experienced their first ejaculation as a result of nocturnal emission.

Not surprisingly, the frequency of nocturnal emissions is closely associated with the level of testosterone in a man. In more recent studies, it has been revealed that men receiving testosterone-based medications are more likely to have wet dreams than the control group, however, such reactions are less likely to occur in older men even with significant doses of replacement.

TS Eliot once said: “Genuine poetry can communicate before it is understood”.

Like poetry, the complexity of sexual health is spellbindingly seductive, but may never be understood. The evolutionary purpose and the physiological significance of nocturnal emission are puzzling and enigmatically inscrutable. For some, the experience is tormenting. And for others, the occurrence is a welcome surprise that initiates morning smiles. One thing for sure, wet dreams are a natural bodily function that are beyond anyone’s control. With advancing age, the dreams will soon become a mirage confined to recollections of a distant memory. 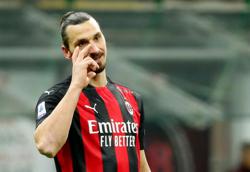