Freedom of speech in a democracy The ancient Athenians practised a form of democracy known as “direct democracy”. Citizens of the city-state were allowed to speak in the legislative assembly, and also to vote on laws and public business. However, women, foreigners and slaves were excluded from this process.

Most modern democracies these days practise a form of democracy known as “representative democracy”.

Citizens do not directly dictate and decide on laws and public policies, but have a say by electing representatives into public office.

But whether it is direct democracy, or representative democracy, the basic premise remains the same: that citizens in a state have a say and an interest in how the country is run.

The government that governs the country, to quote Abraham Lincoln, is a “government of the people, by the people and for the people”.

It is therefore important in a democracy that citizens be allowed to express themselves and speak out about affairs of the state.

Freedom of speech and expression is an essential feature of a democratic state. Many people assume that democracy is limited to voting every five years.

They assume that once voting has taken place and a government is formed, that is the end of democracy until the next general election.

This is wrong. Democracy is so much more than voting. Even after elections, even after governments are formed, citizens still have a say in the country.

It is not only freedom to speak that should be protected.

It is also about freedom once one has spoken. It is about the government’s assurance that it will not take action after a citizen has opened his or her mouth.

Freedom of speech and expression does not only mean that a citizen can say things in an articulate, coherent or respectful manner.


The freedom to speak is attached also to expressions which are rude, offensive, incoherent and even confusing. Of course, certain speeches and expressions may be restricted.

But the restrictions must be reasonable and proportionate and must not render freedom of speech illusory or make it ineffective. This is not to say we should allow people to be rude or offensive.


But these types of expressions should be dealt with by society, not by the state. In other words, the state should not be called upon to regulate manners. Democracy is messy and confusing.

A democratic society must have diversity in thought and opinion. A democratic government must realise that criticism and condemnation are part and parcel of democracy, and tolerate dissent and opposition.

If not, then such a state will only be a democracy in name but not in practice nor in spirit. 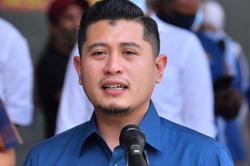