Warding off a recession

PRINTING money creates a sense of nervousness among both economists and the public. It immediately invokes memories of the hyperinflation that occurred in Weimar Germany in 1923, when “prices increased so rapidly that waiters changed the prices on the menu several times during the course of a lunch. Sometimes customers had to pay double the price listed on the menu when they ordered.”

In post-war Japan in 1947, “fishermen and farmers used scales to weigh currency and change, rather than bothering to count it.”

Such dramatic hyperinflation is the consequence of a government’s extremely imprudent expansion of the money supply. Money eventually becomes almost worthless and ceases to function as a medium of exchange.

In the Malaysian context, it is premature to discuss whether this quantitative measure should be employed or not as the government can still finance its borrowing by selling bonds.

Looking at Bank Negara’s purchase of Malaysia Government Securities (MGS) at the end of August 2020, it stood at RM10.9bil or just 2.5% of the outstanding RM431.7bil.

It is undeniable that Bank Negara’s holding of government debt papers recorded all-time highs for seven straight months since April 2020, likely because it aims to curb excessive volatility in the debt market and provide more liquidity during periods of stress such as the Covid-19 pandemic. However, it still has room to cut the overnight policy rate (OPR) from the current 1.75% if necessary to stabilise the domestic bond market further.

Applying this expansionary monetary policy is a priority measure that should be taken by the government to avoid a potential recession.

One might argue that expansionary fiscal policy is less practical for Malaysia as it might increase the country’s debt burden rather than directly stimulate economic growth.

The policy argument is backed by the fact that Malaysia is expecting its fiscal deficit to swell to 6% of Gross Domestic Product (GDP) in 2020 – a huge gap since the global financial crisis in 2009 – due to the additional stimulus packages to lift the country’s economy.

Nevertheless, subsidies and emoluments are still vital to reduce society’s burden, especially among the poor and disadvantaged groups. Upgrading necessary rural infrastructure, agriculture facilities, urban transport and other social services have become “must-have” instead of “nice to have” to ensure long-term sustainable growth and positive economic transformation.

It is certainly true that in practice, it is tough for a government/central bank to always avoid recessions. Depending on the economic circumstances, the government must strike the right combination of fiscal and monetary policy to be implemented to ensure that it effectively minimises the downturn and speeds up economic recovery.

Any chosen or combination of these policies would have to be carefully managed by independent central banks with targets around growth and inflation. 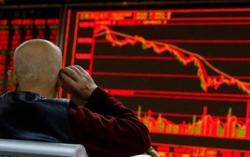