IT’S time for the Pakatan Harapan government to consider reinstating the goods and services tax (GST) as a means of strengthening market perception on the fiscal stability of the country, more so as it is now reviving stalled infrastructure and other projects and spending more on subsidy programmes to help the poor.

Most economists support the revival of government spending as it would facilitate the achievement of the growth and social objectives. However, this must be supported by a strong revenue base in order to be sustainable.

Also, investors welcome the new government’s reform initiatives to strengthen the rule of law and eliminate abuse of power, as these are important in reviving business confidence and sustaining development efforts.

The market is also impressed with the efforts to reduce waste and leakages in government spending.

While all these initiatives to promote Malaysia as a country with a clean and responsible administration are commendable, analysts have questioned the wisdom of abolishing the GST, as it makes federal revenue more exposed to the uncertainties of oil prices.

As the statistics show, the share of federal revenue to GDP has been steadily declining. At the same time, government operating expenditure has been growing faster than revenue. Salaries and pensions account for 44% of the budget, making it the largest item in the operating budget. It is also the fastest growing expenditure item.

Although there has been much talk of downsizing the civil service, statutory bodies and government-linked companies (GLC), the political risks are too great to expect any significant reforms to reduce the expenditure burden on the non-performing or redundant public sector agencies.

The provision for debt servicing is also rising, taking up 13% of the operating budget.

Expenditure on salaries, pensions, debt servicing and constitutional grants to state governments are non-discretionary in nature, meaning the government is locked into providing the allocations, come rain or shine.

With all these fixed obligations on federal expenditure, there is concern over whether the government revenue base is strong enough to withstand any sudden downturns on commodity prices, especially crude oil.

The proposal on the GST was announced in two previous budgets (1988 and 1993), but each time its implementation was postponed. It was finally implemented on April 1, 2015, but it was then withdrawn in 2018 after the 14th General Election.

GST is a tax on consumption, but unlike the sales and services tax (SST), it covers every stage of the transaction process while allowing manufacturers, wholesalers and retailers to claim credit on the tax paid on purchases of their inputs to avoid being taxed twice. This makes it a superior tax compared with the SST.

It was calculated that even at a lower rate of 4%, GST can yield a higher revenue than the 10% SST, with exemptions being strictly limited to the basic essentials.

GST is also useful in catching tax evaders and bringing them into the tax system. Thus, GST can complement efforts to strengthen the income tax on individuals as well as the corporate sector.

The GST idea gained momentum in the Treasury when Malaysia was tackling its first major economic crisis in 1985/86 caused by the “twin deficits” in the external account as well as in the government fiscal balance.

The government had to cut down on its expenditure so drastically that many projects on the ground were affected.

As public spending was constrained by the budget deficit, the government concentrated the recovery efforts on stimulating the revival of the private sector by relaxing regulatory controls under the New Economic Policy. This helped the recovery process.

The government was faced with another economic crisis following the 1997/98 East Asia financial meltdown. Several reforms were then introduced to strengthen institutional governance in banking and financial institutions and in the corporate as well as the GLC sector.

The administrative delivery system was also made more efficient to facilitate economic recovery. But the government hesitated on the tough fiscal reforms.

As the threats of downgrading our sovereign rating by external agencies became imminent, the government finally implemented the two hot button reforms – abolition of the oil and other subsidies in 2014 and the implementation of the GST in 2015.

These two fiscal reforms were no doubt unpopular, especially as they were implemented in close succession, but they saved the country from the more serious prospect of its sovereign rating being downgraded by credit rating agencies, which would trigger a spiralling effect on interest rates and borrowing costs for business, leading to lower investment, unemployment and poverty.

Currently, there is market talk that some international funds may reduce their holdings of Malaysian government bonds based on fears that with the abolition of the GST, government finances will face a challenging future.

This speculation is having a dampening effect on the ringgit, which is a major factor in the high cost of living, especially in urban areas.

Reinstating the GST would help change the foreign view on the country’s fiscal health and subsequently improve the value of the ringgit and reduce the pressure on cost of living.

There is a saying that there is only one thing more dreadful than death – taxes. Unfortunately, tax is unavoidable if the country is to continue its high level of spending on social services while maintaining a healthy fiscal balance.

For an open economy like Malaysia, fiscal stability is extremely important for sustainable growth. 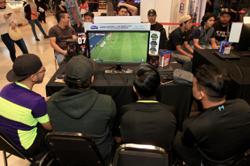