So near yet so far for MRT

I LIVE in Persiaran Burhanuddin Helmi, Taman Tun Dr Ismail and I am currently pursuing my postgraduate studies in Universiti Malaya (UM).

It is sad to say that despite having the MRT station quite near to both UM and my house, I am unable to use it on a regular basis because driving is still the better option.

My first ride on the MRT was in December during the free-ride promotion and it wasn’t until late February that I decided to really use it to commute for my lectures. On that particular day, my class started at 10am and I left home at 9am. Fortunately, my house is only a five-minute walk to the bus stop. I waited for nearly 10 minutes for a bus, which took a whopping 20 minutes to reach the Bandar Utama MRT station. When I reached the station, I walked to the platform and waited for the train. That took another five minutes. Using the Touch ‘n Go card did save me an extra minute. Ironically, the journey by MRT only took four minutes to reach Phileo Station, the drop-off for UM. My next hurdle was to walk and wait for another seven minutes for the bus (T815) to depart. This bus took a further 14 minutes to reach my faculty and then I had to walk for the next four minutes to reach the lecture hall. I finally got there at 10.10am, 10 minutes late for my lecture and gasping for air as I walked into the hall.

After class, I spoke to a group of friends about my MRT commute. I was surprised at the mixed reaction, from questions and disbelief to anxiety and hilarity that I got from them. One of my seniors even suggested that these problems may be due to the inexperience of the MRT operator at the planning stage.

Summarising my end-to-end journey, it took me more than 60 minutes to commute by MRT to UM. However, it only takes between 15 and 30 minutes by car, depending on the traffic. I decided from then on to drive. I do not even wish to compare the cost factor as my priority is to get to my destination in the shortest time possible.

Universities should be destinations for the MRT/LRT as there are many students who don’t drive or own a car. Furthermore, parking spaces in campus are very limited and taxis are expensive for a solo ride.

If SPAD or MRT Corp can reverse the clock and re-draw the alignment by running south of Lebuhraya Sprint (instead of north) by 200m only, we can have a MRT station right in the UM compound, somewhere near 10th College or Akademi Pengajian Islam or simply on top of the hill along Lingkungan Budi where I used to jog.

Green spaces are abundant and there’s no problem having a feeder bus station and car parks alongside it. It would be better still if the trains ran underground.

Nevertheless, I’m considered lucky because my house is near the MRT since there are many other students, and academic and non-academic staff who live in Section 14, 17, 19, SS2, Damansara Jaya, and etc. who are unable to benefit from the MRT.

There is a range of alternative solutions to the problem of the current MRT alignment. Firstly, have a short extension branch line running underground, connecting every dense housing area in Petaling Jaya. Secondly, have a bus system that plies both ways/sides of the road instead of a one-way loop. Thirdly, build a pedestrian bridge at Bandar Utama station linking to the other side of LDP and a bus stop there. Fourthly, allow feeder buses to enter UM via a less busy gate.

For now, I will continue to drive to UM and watch in sadness the mainly empty MRT feeder buses along the way. Building the MRT should be done right the first time as the billions of ringgit invested could either be a coffer or coffin to the Government and people. There is no room for error especially at the design stage.

A CASE STUDY BY A. S 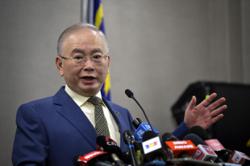