A confrontation worthy of our remembrance

IT was exactly 50 years ago that the Konfrontasi officially ended when both Indonesia and Malaysia signed and ratified a peace agreement on Aug 11, 1966. The Konfrontasi was an undeclared war or “small war” fought between Malaysia and Indonesia.

It started when Malaysia, consisting of Malaya, Sabah, Sarawak and Singapore, was formed on Sept 16, 1963. Indonesia under President Sukarno was vehemently against the formation of Malaysia which he deemed a British grand strategy to contain Indonesia’s geopolitical aspirations in the region. 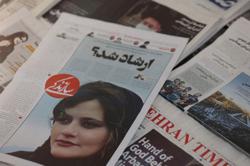