World domination: The logos of Google, Apple, Facebook, Amazon and Microsoft displayed on a mobile phone and a laptop screen. The Big Four – Apple, Amazon, Facebook and Google – are now seen as too powerful and ‘harmful’. Meanwhile, Microsoft was the subject of an anti­-trust case in the United States in the 1990s. — AFP

IN one of the senate hearings in Washington, DC, in April 2018, Facebook CEO Mark Zuckerberg was asked by Senator Dick Durbin where he stayed the night before. Would Zuckerberg be comfortable to share it with him? Zuckerberg understandably said no after a long pause.

Durbin asked Zuckerberg whether he would like to share the names of people he messaged that week. He answered that he would choose not to do that publicly at the hearing.

The awkward moment for Zuckerberg proves a point. Privacy matters. No company has the right to unveil anyone’s privacy in whatever form or manner.

Tech giants like Facebook has been accused of compromising individual data, just like in the case of the Cambridge Analytica data scandal that shocked the world. They have been accused of being bullies, acting imperiously and, worst, arrogantly.

The case of Facebook banning Australian users from sharing or viewing news content on its platform is cited as proof that a tech giant’s dominance in the media landscape has its perils.

Not too long ago Datuk Ho Kay Tat, chief executive officer of The Edge, spoke about digital duopoly that is destroying the news business. Companies in Malaysia and elsewhere are shifting their ad spending to social media and digital platforms, mainly Facebook and Google. The duopoly now controls 80% of the digital ad revenue.

In 2019, according to Ho, Facebook made US$55.8bil (RM223.2bil) in revenue, 80% of which was from digital advertising. Google, on the other hand, recorded a US$11.8bil (RM47.2bil) in ad revenue, which was 85% of its total earnings. One must also take note that while Amazon is a distant third, it is catching up fast and further hurting the media industry.

Malaysia media companies simply can’t compete with them. And things are getting worse.

Media companies have a lot of complaints about the Big Four – Apple, Amazon, Facebook and Google. They have every reason to be unhappy. Many believe that these companies are the new imperialists of the Internet era. They are the new colonisers of today’s world. Their imperial ambitions know no bounds, some argue.

Rana Foroohar’s book, Don’t Be Evil: How Big Tech Betrayed Its Founding Principles – And All of Us, as the title suggests, portrays the sins of these new corporate empires. Foroohar is an associate editor of Financial Times and also CNN’s global economic analyst. The book is about great tech monopolies.

She is not alone. There have been a few equally scathing criticism of giant tech companies among others: Shoshana Zuboff’s The Age of Surveillance Capitalism and Franklin Foer’s World Without Mind.

There is a raging debate out there on how “harmful” the powers are in the hands of these tech titans. There are arguments about how online platforms have used their power in a destructive and harmful way in order to expand.

The colonial masters of yesteryear invaded and plundered and, in doing so, destroyed the fabric of indigenous societies. The new twisted logic of contemporary capitalism dictates that if you can’t compete, buy them.

Facebook famously bought over Instagram, WhatsApp and Oculus, among others. Google has bought at least 100 companies so far. Google is the largest search engine and mobile search in the world today. Amazon is into almost everything that matters – even in showbiz.

There is nothing that is not appealing for these tech companies. Looking at the volume of transactions, the value of these companies and how much it enriched the founders and investors, you can figure out how little is left for “others”.

Colonialism – tech giant style – involves the controlling of minds too. These Big Four have rewritten the way we communicate, interact and do business. Nothing is left for granted.

According to observers, the Silicon Valley sharks are in danger of unwittingly draining the very economy that they swim in.

As Foroohar observed, Facebook and Google have so effectively destroyed the business model of mainstream newspapers that they are on the verge of running out of content to monetise. She also pointed out the fact that the world has never seen monopolies this formidable before.

She suggests tech giants be broken up just like the rail and telecom monopolies in the United States. Others are suggesting tougher regulations. Many believe that anti-competitive tendencies are not good in the long run. They raised the issue about these companies contravening the existing anti-trust law in most advanced countries.

Meanwhile, good old media companies will continue to live in the shadow of these new colonial masters. 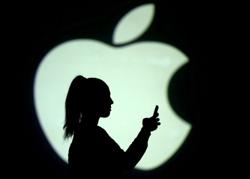