Cool aid for our hot cities

IN hindsight, I should have painted the external walls of my house a shiny white when it was built 16 years ago.

Not only that, I should have dispensed with roof tiles and opted for a flat top, Middle East style, like my new neighbour.

That way, I would have a much cooler house and I could have installed solar panels more easily and grown a roof garden.

Instead, to cool the house, the family is dependent on fans and air-conditioners.

Yes, global warming has arrived at our doorstep – at least in five of our urban centres, according to a Think City study.

Surprisingly, KL only increased by 1.64°C between 1989 and 2019. The researchers attribute this relatively small temperature rise to KL’s high number of domestic gardens, parks and woodlands.

On the other hand, Ipoh experienced “extreme ecological change and urban trends” while JB saw “rapid gentrification” and increased economic and industrial development, which contributed significantly to the higher temperatures.

Similarly, the hottest areas in Bayan Lepas are the industrial, commercial and residential areas. That is linked to the “urban heat island effect” which, according to the United States Environmental Protection Agency, occurs “when cities replace natural land cover with dense concentrations of pavement, buildings, and other surfaces that absorb and retain heat.”

As a Petaling Jaya citizen, I wonder how my city fares. I’m sure it’s a lot hotter, too. The study looked at readings going back 32 years for KL and Penang, 21 years for Ipoh and a mere 13 years for JB, but I am sure the whole of Malaysia was much, much cooler, say, 50 years ago.

I remember waking up to mornings so cold that my siblings and I had to put on cardigans to go to school. Often, the air was heavy with mist, too.

I don’t remember feeling outside air that cold at 6am or seeing mist in PJ in the last 40 years. My grown-up children look at me in disbelief when I tell them my experience.

Another thing we always complain about is the humidity, but even that has changed. A few decades ago, you could never expect your laundry, especially thick clothing or towels, to dry unless it’s hung out in bright sunshine for half a day.

These past several years, when I hand wash my underwear, socks and other clothes and hang them overnight in my bathroom, they are completely dry the next morning.

Climate change has wreaked havoc on global weather patterns and precipitation. Cities the world over, which keep growing, are certainly feeling the heat and many are looking for cooling solutions.

One tried and tested approach is to plant more trees and greenery. The good news is the Energy and Natural Resources Ministry (Ketsa) has a campaign to plant 100 million trees in the next four years. The not-so-good news is there is very little useful public information on the website (www.100jutapokok.gov.my).

For example, the website has a section on “Tree Definition” and when you click on it, all it says, with an amateurishly drawn tree, is: “The definition of a tree proposed under this campaign is to cover all types of trees which are woody plants that have roots, stems, branches and leaves.” Okay, they clearly don’t want grass then, but at least give some examples of trees that would suit different garden sizes and soils.

But according to sciencedaily.com, grass can actually reduce temperatures better than trees.

Unfortunately, lawns are very rare in Malaysian housing estates where linked houses dominate with handkerchief-size “gardens” that owners usually tile over to park their cars.

I did that with my first house, not knowing that by doing so, I was joining thousands of households in unwittingly creating urban heat islands and causing flash floods as tiled over gardens cannot absorb rain, which runs straight off into overloaded drains.

So perhaps Ketsa should be more generous in its definition of “tree” to include grass and other non-woody plants.

Ketsa should also check out Melbourne’s Urban Forest plan http://melbourneurbanforestvisual.com.au/) to learn how to make its campaign more engaging, people friendly and informative.

The Aussie city’s website is impressively comprehensive with its strategies clearly explained. It even has the trees in the city mapped out with information on their age and type. There are links to useful guides for the public to get involved, like creating their own green roofs, walls and facades.

If Down Under is a bit too far, then Singapore is another great model. Lee Kuan Yew introduced the garden city concept in 1967 and its tree-planting and other green initiatives have been so successful, the island state was named Asia’s greenest city in 2016 by the Arcadis Sustainable Cities Index.

Trees cool cities by providing shade (called canopy cover, which is said to be one of the most cost efficient and effective strategies for mitigating the urban heat island effect that Singapore has lots of) and by releasing moisture into the air through transpiration.

I also hope our powers-that-be are looking into other cooling methods. For example, cities like Tokyo and Los Angeles are coating their pavements with a lighter coloured sealant that can reflect heat.

Light reflects heat while dark absorbs it, it’s as simple as that, which is why my dad always had white-painted cars.

Another terrific innovation that KL should consider is to let the wind blow like Stuttgart has done.

Like KL, this German city is situated in a valley which traps heat. What it has done is to create a series of ventilation corridors so that winds sweep down from the surrounding hills and through the corridors.

Stuttgart managed to do this by using detailed local climate maps to ban construction on over 60 ha of real estate in order to create wide, unobstructed tree-lined passages within the city infrastructure.

There are a lot of other innovations we can explore, like Abu Dhabi’s 45m tall wind tower that funnels cooler winds from above down to the street level and using bio-based building materials like bamboo and agricultural waste that experts say have a lower climate impact than concrete and store less heat.

If we are serious about making sure our cities are livable and sustainable, then we need cooler, rational heads to prevail and make the right, long-term bold policies and strategies that won’t be abandoned whenever there is a change in government.

On my part, I am planting more pokok and bushes in my garden with the help of my more savvy gardening friends. And while I don’t have a flat roof, I do have a large and underused balcony. I am getting misty-eyed thinking of the green possibilities. 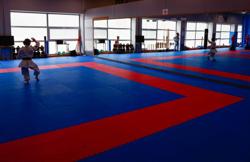