The Covid-19 Chronicles: How to wake up

WALKING through Little India in George Town after having weekend brunch at the neighbourhood kopitiam, I passed old uncles chatting beside the curb. Across the street, men and women basked around majestic heritage trees adorned with strings of colourful chrysanthemums.

Despite the presence of physical distance and masks, a sense of intimacy filled the air. Watching the town slowly come to life after strict the movement control order (MCO) stirred a quiet pleasure, like witnessing a desert bloom after a rainstorm.

Malaysia has been fortunate that our collective public health-driven response towards the Covid-19 pandemic thus far sprouts hope for socioeconomic revival.

An analysis of economic outcomes of the 1918 flu pandemic across the United States concluded that pandemics depressed the economy, not the public health interventions. In fact, states that adopted early action such as social distancing were associated with better economic outcomes in the long term, as the reduced disease transmission enabled faster recovery once the epidemic was under control.

This highlights how crucial early action and adaptation is when it comes to survival. While we aim for resilience in the face of adversity, we should not mistakenly equate this resilience as resistance to change.

Looking at the world's oldest lifeforms, our microbial friends and foe, the case is certainly in favour of early and, at times, seemingly extreme adaptations in order to overcome emerging challenges.

Actinobacteria, one of the most diverse groups of bacteria, are known for their ability to thrive in special and extreme habitats. These fungal-like bacteria that form a wide variety of beautiful fuzzy colourful colonies on petri dishes can be found surviving the alkaline salty mangroves of Penang, deep-sea sediments of the Mariana Trench, and even within the frigid permafrost of Siberia.

They have a thick bacterial cell wall, and grow by branching out like fungi, but a key feature of actinobacteria is the high percentage of guanine-cytosine in their DNA, which makes their genetic material more stable at high temperatures.

In addition to their characteristic robustness, actinobacteria are also prolific for their adaptability. Thanks to genetic mechanisms that are able to quickly switch on and off in response to changing environments, they can rapidly develop new features or discard costly unproductive processes in response to depleting nutrients from their environment or competition from other microbes in their habitat.

These adaptations include formation of spherical or oval spores, a semi-dormant state, which are more resilient and able to regenerate into new bacterial cells when conditions become suitable. They are also able to produce different substances called secondary metabolites, which possess biochemical activity to stunt the growth of other microbes.

Humans then harvest these and use them as antibiotics. The juggernauts of antibiotic producers among the actinobacteria are the streptomyces bacteria, the source of over 50% of available antibiotics used today.

New species found from extreme environments may harbour even more substances with infinite possibilities for the discovery of new drugs against various threats to human health.

But, on top of the challenge of finding these rare bacteria, they are notoriously difficult to grow in the laboratory, and often these adaptive bacteria ironically switch off the genes required to produce these valuable substances when cultured under common laboratory conditions.

One might wonder with all these adaptations and changes in activity and appearance, how do we know the changed actinobacteria is still the same species we thought they were?

Despite their adaptations, there are some characteristics of the bacteria that remain distinct and constant. Some are apparent such as physical features of the fuzzy colonies they produce on culture. Others lie in specific genes known to mutate at a slower rate, called conserved genes, the sequence of which remains constant over time and serves as a point of reference for species identification.

In essence, these creatures that have successfully survived prehistoric times and continue to be productive thriving members of nature until today, have struck the perfect balance of resilience and adaptation.

Perhaps the lesson here is that the stronger we hold our identity, the better equipped we are to determine when a change is necessary to maintain the core of our existence.

Often, we confuse the way we are used to doing things with who we are. This may be the costumes we hide behind, the masks we refuse to don. The norms we acquire, the habits we refuse to let go. The people we put into power, and the people we oppress.

As children, when asked who we are, we confidently answer with the names our parents gave to us. But as we grow older, the question becomes increasingly difficult to answer. Beyond names and appearances, true identity is intimately intertwined with purpose. Who we are is equally a question of why we are.

Only when we become consumed with the chase, do we forget why we were running in the first place.

Droughts dry out lands, and rain revives them again. Yesterday, one was in power, today they serve another. When Covid-19 unfurled, we were forced to stop running, to enter our own semi-dormant states due to pressures from an erupting pandemic.

Although difficult to undergo, the MCO became a much-needed hiatus from the ways we were used to doing things, a chance to break free from accepted ways of thinking.

As we now break through our spores, slowly re-enter life, bustling with activity and growth again, we must not waste the chance for meaningful change – we must not go back to old ways just because we can. For we are not bacteria, we are humans.

As humans, we must ask what makes the core of who we are, and who we want to be. Are we equitable? Are we compassionate? Or are we so consumed with keeping appearances and checking boxes that we forget our purpose? Are we only concerned with our own survival at the cost of others?

Regardless of the answer, what is increasingly evident is that evolution is the driver of life, and life consists of cycles of change.

Only fossils resist time and change... and they are relics of things no longer alive.

Dr Khayriyyah Mohd Hanafiah is senior lecturer in Medical Microbiology at Universiti Sains Malaysia, and an affiliate of Young Scientists Network-Academy of Sciences Malaysia. She is active in science communication and infectious disease biomedical research. She was the first female Asian champion of FameLab, the world’s longest running science communication competition, in 2018. The writer’s views are her own. 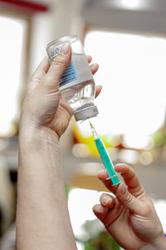 The Covid-19 Chronicles: The changes we should aim to keep