AN electoral battle is around the corner in the Machap constituency in Malacca. As happens before all such gladiatorial contests, the entire election machinery is exposed to the fires of scrutiny. Not surprisingly, it is found to be wanting in some parts.

It is alleged that the electoral roll contains many phantom voters, including names of deceased persons and fictitious constituents at false addresses.

The Election Commission is being urged to adopt the practice in many other societies of marking voters’ thumbs with indelible ink to prevent them from voting repeatedly at different booths. Doubts are being raised about the secrecy of postal votes.

At a more fundamental level, the basic rules of our first past the post electoral system are being examined for their fairness and justice.

REFLECTING ON THE LAW WITH SHAD SALEEM FARUDI 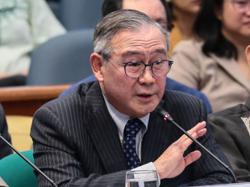