Calculated U-turn after the snip 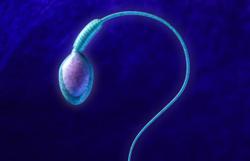 I am a man in my mid-fifties and have been living as a widower since my wife died five years ago.

We were married for twenty-five years and have two amazing children.

Sadly, my wife died of breast cancer and that ended our dreams of growing old together.

My two grown-up children are very liberal and have been encouraging me to look for new love.

Indeed, I found someone who is kind and understanding.

I feel like I have a second chance to start life all over again.

The fact is my fiancé is half my age in her late twenties.

She has not been married before and is keen to have children of her own.

I am not so against starting a young family again.

However, having had a vasectomy twenty-two years ago, I need to make some “adjustments” down there to get the “engine” starting again.

I consulted a urologist and told me my two options for the U-turn are either reversal of vasectomy or test-tube babies after direct retrieval of sperms.

I just would like to put Dr. G on the spot for help to make a calculated risk-benefit assessment on my U-turn.

Can you please tell me what would the reversal and the test-tube babies entails?

What are the success rates of the reversal and how are they calculated?

Any risk in making the wrong decision?

I am so sorry, but being an accountant, I really need to get all figures on the table before going for the knife (or needles)?

The reversal of the vasectomy is an operation carried out to reconnect the male reproductive tract after the surgical interruption caused by vasectomy. Medically, the operation can take the form of vasovasostomy or vasoepididymostomy, depending on the techniques to reconnect the two severed tubes. For obvious reasons of not having too many patients changing their minds, doctors would lead patients to believe that vasectomy is a sterilization operation that is considered permanent. However, the advances in microsurgical interventions have allowed the U-turn operations of the reversal of vasectomy with significant efficacy.

The success of the vasectomy reversal is measured by three parameters, including the patency rates, the pregnancy rates and live baby births. A recent study had demonstrated 95% of men after the reversal will have motile sperms in the ejaculate within three months following the procedure. High patency success of the reversal is not the only determining factor, as the overall pregnancy rates are also dependent on the interval of obstruction after vasectomy.

Despite the infinite possibility of reconnecting the severed sperm ducts, the natural pregnancy rates after the reversal may not be as good as initially anticipated. Experts believed the low pregnancy rates after the long duration of vasectomy is due to prolonged “back pressure” that has damaging effects on the function of the sperms. Moreover, many men also developed anti-sperms antibodies that may impair fertility rates. Lastly, the advancing age of men clearly has some impact on their fertility. One study revealed the pregnancy rate of 63% if the reversal was done within three years, 55% if the procedure was carried out between 3 to 8 years, this will drop to 44% and 30% when the reversal is carried out between 8 to 15 years and beyond 15 years, respectively.

The single most important predictive factor in pregnancy is the female age. The pregnancy rate following any fertility treatments, including vasectomy reversal, falls significantly when the female age exceeds 40 years old. However, the wonders of IVF (in-vitro fertilization) can bypass the needs of natural selection, allowing scientists to directly harvest the healthiest sperms and eggs for baby creations. Naturally (or unnaturally), this carries the best chance of success for live baby birth.

Vasectomy is believed to constitute 5-10% of a mode of birth control amongst couples. Such male-orientated birth control is gaining momentum to be a popular form of contraception in recent years, as more men are taking on the responsibility of family planning. The convenience and ease of the operation are believed to be important reasons for such cultural shift. It is estimated between 40-60 million individuals have had vasectomy worldwide. With such an increasing number of men having a vasectomy, some are bound to regret and do a U-turn in future days. It is estimated 10% of men in the United States regretted the decision and opted for a reversal of vasectomy.

One study predicted the actual number of men inquiring about the reversal is significantly higher, but many are put off by the complexity and the costs of the reversal. While there is a number of reasons that men decide to reverse the vasectomy, the main reason is wanting a family with a new partner following a breakdown in a relationship or divorce. In other situations, long-standing couples may also change their minds when the financial circumstances improve as existing children approach the age of leaving home.

Despite the ease of vasectomy, men are constantly reminded to be firm with their actions and not regret the decisions afterwards. With the help of modern microsurgical intervention and Artificial Reproductive Technology (ART), it is not just God that permits U-turn and the marvel of science can also make the U-turns less troublesome. Jack Ma once admitted: “I like to play cards. I’m not very good, because I don’t want to calculate, I just play by instinct.” Men requesting a vasectomy reversal often put Dr. G on the spot for the calculated risks for that U-turn after the snip. His view is you already follow your instinct for the U-turn, why don’t you let the clinicians and scientists calculate the rest of the odds to ensure you have the best second chance of the miracle of life! 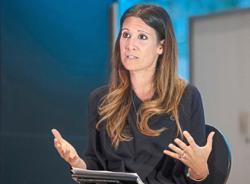