Postpartum sex: How long to wait before getting under the sheets

I recently became the proud father of a baby girl, and am having some predicament about the initiation of sex after the birth of a child.

My wife and I, both 30, have a brilliant sex life after we were married two years ago. Thankfully she became pregnant, and we celebrated the arrival of our beautiful daughter two months ago.

During the initial phase of the pregnancy, we were still having a wonderful sexual relationship, despite initial worry about harming the baby.

In the last three months of the pregnancy, sex was simply too cumbersome and uncomfortable for both of us, and the bedroom magic ceased.

My wife underwent a rather traumatic vaginal delivery during the childbirth. Unfortunately, due to the size of the baby, she needed to have a cut in the vagina, and ended up with a few stitches. My wife initially also had some trouble with breastfeeding, but the rest of the confinement was uneventful.

This is the problem, since the third trimester of the pregnancy, my sex life has been non-existent, as I have not had sex for FIVE months!

I tried initiating sex recently but my wife was apprehensive and disinterested.

She said she was not ready and the gynaecologist advised her not to rush.

In the spirit of Mothers Day today, I would like to put Dr. G on the spot about what is the norm for postpartum sex.

Do you think my wife and I are both traumatised by the delivery room chaos?

Why is my wife less inclined for sex now?

How can I help to ease my wife into normal sex life again?

Will everything ever get back to normal again?

Regardless, I am still a grateful husband and would also like to take this opportunity to wish my wife and all the mothers a wonderful Mothers Day.

A postpartum or postnatal period begins immediately after the birth of a child, during which the physical and physiological state of the mother returns to the non-pregnant state. The immediate postpartum, often referred to as puerperal period, commonly covers the first six weeks following childbirth.

While there are no hard and fast rules on the interval before resuming sex after childbirth, many healthcare providers would recommend waiting for four to six weeks, regardless of the mode of delivery.

The World Health Organisation describes postnatal period as the most critical and neglected phase in the lives of mothers and the risk of complications is the highest during the first two weeks. As the vaginal tears and cervical opening needs time to restore, having sex too early is associated with bleeding and uterine infection. Apart from the physical state of the mother, other influences affecting individuals on resuming intercourse include fatigue, stress, reduced sex drive, vaginal dryness and pain.

Many couples describe sex to be markedly different for the first few months after childbirth, as the vagina is stretched with reduced muscular tone. Different factors, such as the size of the baby, number of previous births and pelvic floor exercise all play roles in restoring the vaginal tonicity.

Physiologically, the decrease in libido may be also be due to diminished levels of circulating estrogen during the postpartum period. In addition, breastfeeding further alters the levels of prolactin, further dampening the sex drive.

Painful sexual intercourse, or dyspareunia, after pregnancy can be caused by vaginal tear or episiotomy. The traumatic pain can persist for several months, despite complete visible healing. Oral sex, manual stimulation and gauging the depth of penetration with varied sexual positions, is advisable to ease the sex life back to normal. The use of vaginal lubrication can minimise dryness and diminish the discomfort.

Starting sex again after the birth of a child can be daunting for new parents. Contrary to common perception of hormonal depletion and pain being the main barriers to sex, new research demonstrates women feeling the desire and engaging in sex sooner than the conventional six-week waiting time. The research is from behavioural endocrinologists at University of Michigan who recruited 304 women to reflect on their postpartum sexual experience. By the end of the first three months, 85% of the women had started penetrative intercourse. Sixty-five percent had engaged in oral sex and 61% had masturbated. In terms of timing, the key factor for women to initiate sex is gauging the desires of the partner; suggesting women start sexual activities again more for the benefit of the partners than their own.

Although the social support and childbirth experience can influence the initiation of sex, the biggest driver of high sexual desire for women is the feeling of intimacy and closeness to the partner.

Contrary to the belief that a man is traumatised and turned off by witnessing the event of childbirth, the same study highlighted women whose partners were in the delivery room reported earlier and stronger postnatal sexual desire.

The longest serving First Lady and a well-celebrated mother Eleanor Roosevelt once commented: "I think, at a birth of a child. If a mother could ask a fairy godmother to endow it with a useful gift, that gift should be curiosity."

The postpartum period of a new parent is often celebrated with joy and occasionally daunted by fear of the unknown. During this time of joyous uncertainty, it is important for men to be supportive and patient. When Dr. G is put on the spot on his view on when and how to regain the magic in the bedroom after the childbirth, he thinks "If a mother could ask the fairy godmother to endow the new father with a useful gift of open communication and loving curiosity, the fireworks will soon be ignited in no time!"

Of course, on that note, Dr. G would also like to wish all the mothers a sparkling magical Mothers Day. 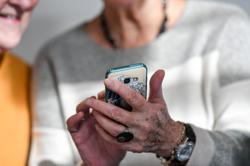 WhatsApp is now more important than ever for grandparents 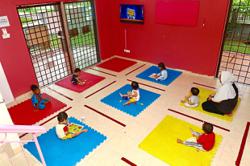 Is your child a picky eater? It might be your fault