I recently came across your articles online and cannot help but to email my "secret" in the bedroom.

When I was younger, I engaged in such self-indulgence almost on a daily basis. I know it is bad for me, but it became an addiction.

I started dating when I was 21 years old. Despite having a sexual relationship, I still couldn't get rid off such behaviour.

When I "got caught" by my girlfriend, I often felt ashamed of such deplorable habit.

But my obsession for self-indulgence is undiminished. Although most of my peers denied doing it, I know for sure many have been engaging in such a habit, even well into their 40s.

Needless to say, the frequency is determined by many factors including the level of sex hormones, peer influences, cultural and spiritual attitude. Such factors will generate some degree of self-control and resistance to sexual tension.

In the 1950s, the famous American sexologist Alfred Kinsey reported that 92% of men and 62% of women have masturbated during their lifespan.

One would imagine with the diminished sexual taboo, the statistic would differ in modern days.

The British National Probability Survey in 2007 revealed similar data. In individuals aged 16 to 44, 95% of men and 71% of women masturbated at some point in their lives.

adversities. The bizarre ones include blindness, hairy palm, penile shrinkage and curvature.

Others include the fear of infertility, sexual dysfunction and physical weakness.

Brene Brown, the author of New York Times bestseller The Gift of Imperfection once said: "Guilt is just as powerful, but its influence is positive.

Dr G's view is: "Guilt in sexual pleasure is powerful, as the influence guides us to moderation. While shame in sex is destructive, shame on this natural act of love can erode our self-courage and fuels disengagement in relationships." 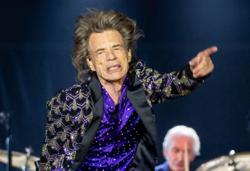